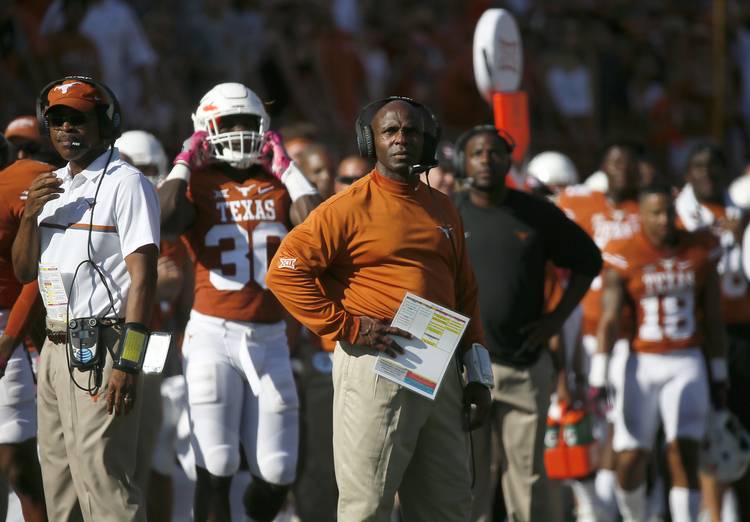 Texas head coach Charlie Strong watches for the result of a review of a fumble that resulted in a Texas turnover against Baylor. Saturday, October 29, 2016 at Texas Memorial Stadium, Austin, Texas. RICARDO B. BRAZZIELL/AMERICAN-STATESMAN

Texas coach Charlie Strong still has some fans in his camp.

After the Longhorns defeated No. 8-ranked and previously unbeaten Baylor, 35-34, on Saturday, those fans made their voices heard as Strong jogged off the field.

They were seen and heard chanting “Charlie.” Watch below: