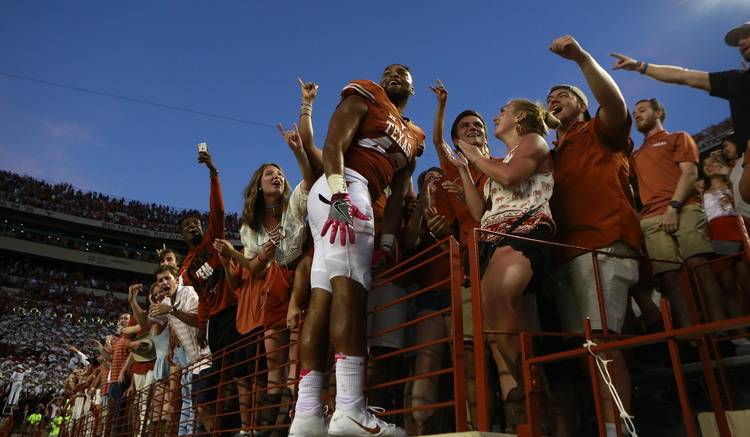 Texas got a much-needed win on Saturday, upsetting No. 8-ranked Baylor 35-34 at Royal-Memorial Stadium. The Longhorns moved to 4-4 overall with the victory, and stayed unbeaten at home.

Needless to say, the Texas fanbase was excited. Here’s how some of them reacted on social media.

.@Longhorn_FB fought to the end defeating Baylor 35-34. The guys didn't give up! #HookEm

I can't believe we pulled that off. #Longhorns #HookEm

Y'all… don't know how many more of these I can go through. That's a great win. Charlie survives another week. #HookEm

Me when the clock finally ran out …#HookEm pic.twitter.com/ZF1khVrRZ9

NEVER stop giving the ball to D'Onta Foreman… EVER. #HookEm 🤘🤘🤘

WE WON AND I SAW MATTHEW MCCONAUGHEY. TODAY IS A GREAT DAY #HOOKEM


News on Bevo Beat is free and unlimited. Access to the rest of Hookem.com is included with an Austin American-Statesman subscription in addition to Statesman.com and the ePaper edition. Subscribe today at statesman.com/subscribe.

Texas vs. Baylor: Horns up, Horns down, and our plays of the game