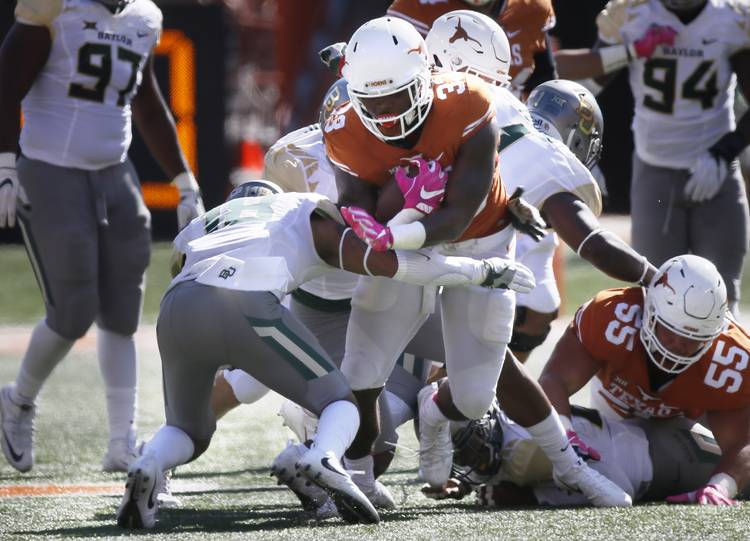 Texas running back D’Onta Foreman is having a stellar season, and he’d like it if you noticed.

After being omitted from an ESPN list of the top 50 players in college football earlier this week, Foreman immediately made a statement after a 37-yard touchdown run against Baylor.

The junior struck a Heisman pose.

While Heisman conversation might be a bit far-fetched, it’s hard to blame Foreman if he feels he should be getting more attention. His 855 rushing yards coming into Saturday led the Big 12, and after his early score against the Bears he’s now reached paydirt nine times.

He also reached 100 rushing yards before the end of the first quarter, his ninth-consecutive game reaching the century mark. He’s now two away from matching Earl Campbell’s school record of 11-straight 100-yard games.