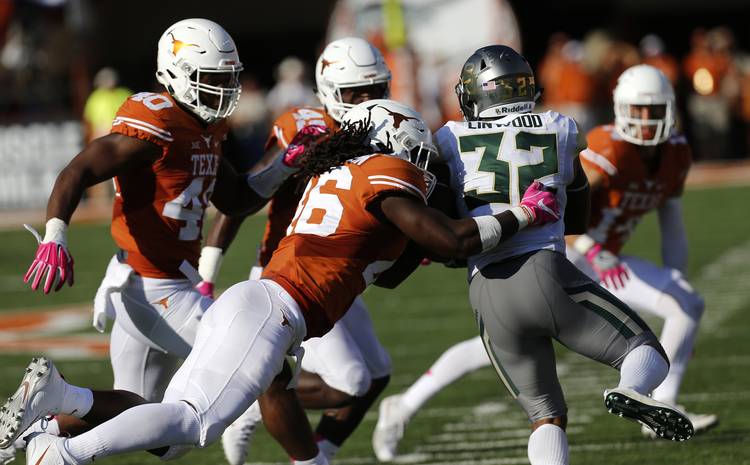 With Baylor driving for a potential game-winning field goal, Malik Jefferson appeared to put the Texas victory on ice with a strip-sack and score.

However, the play was called back after Bears quarterback Seth Russell’s forward progress was ruled to have been stopped.

Watch Jefferson rip the ball away from Russell and run the end zone below: