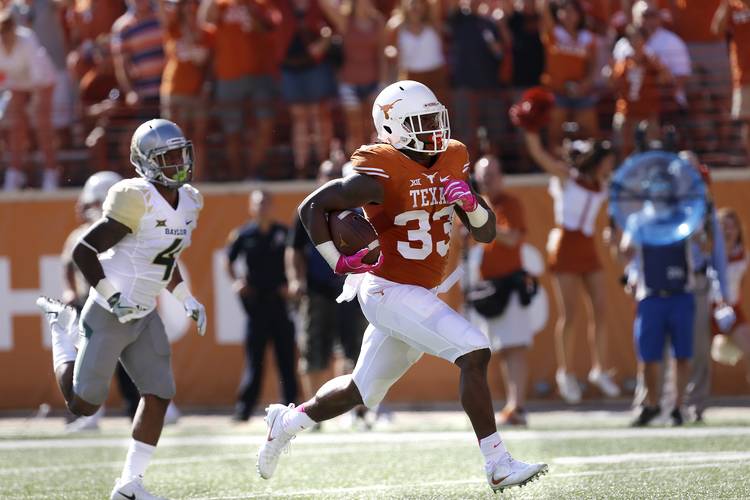 Texas’ top offensive tandem ran just ran through the league office and came out a winner.

Running back D’Onta Foreman was named the Big 12’s offensive player of the week after posting a career-high 250 yards on 32 carries and scoring twice on Saturday against Baylor.

Foreman is the league’s leading rusher and second in the country in yards per game (157.9). He crossed the 1,000-yard barrier this season, making him the first UT running back to do so since 2007.

Not to be outdone, quarterback Shane Buechele was named the league’s newcomer of the week. Buechele completed 12 of 21 passes for 291 yards and threw two touchdowns in the Longhorns’ 35-34 upset win over the Bears.

#Big12FB: @Longhorn_FB's Buechele passed for 291 yards and two touchdowns, it marked his seventh 200-yard performance of the season. pic.twitter.com/oJXvGgSZVF