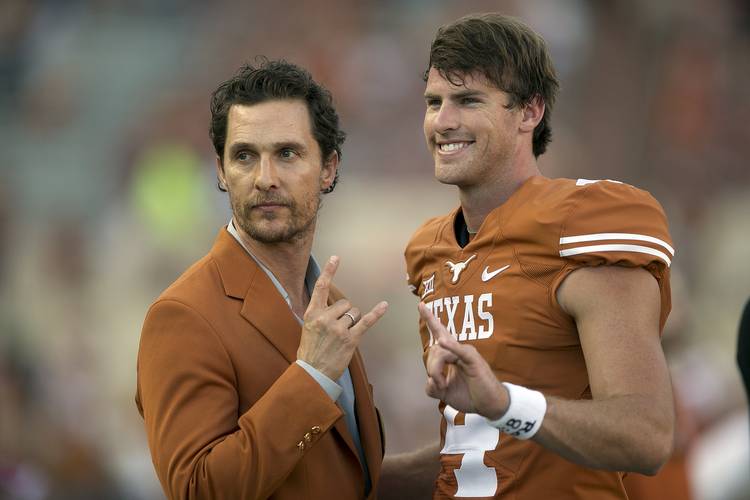 It’s no secret that former Longhorn Matthew McConaughey loves the University of Texas. The Academy Award-winning actor is known to pop up at football practice or on the sideline at a game and shows his UT pride by flashing his Hook ’em Horns all over the world. In honor of McConaughey’s 47th birthday today, we’re looking back at some great UT moments from the Texas superfan/onetime candidate for athletic director (OK, not really):

5. Cheering the Horns to a win

McConaughey’s most recent UT appearance was just last week, at the Texas-Baylor game. (Could he be the Longhorns’ secret weapon?)

That moment when you serve the No. 8 team in the country it's 1st loss of the season. https://t.co/w4jHlkZoxU

McConaughey showed up at football practice before this year’s season opener and delivered a pep talk worthy of another Oscar.

3. That’s “professor” McConaughey to you

The actor signed on to teach a filmmaking course at UT’s Moody College of Communication this semester. That’s definitely one way to get students to show up for class.

McConaughey was spotted at the 2016 Olympics in Rio de Janeiro in a patriotic Hook ’em shirt. TEXAS! FIGHT! USA!

McConaughey joined Will Ferrell for a little friendly trash talk before the Texas-USC National Championship game in 2006. “At least our mascot represents our great state.”