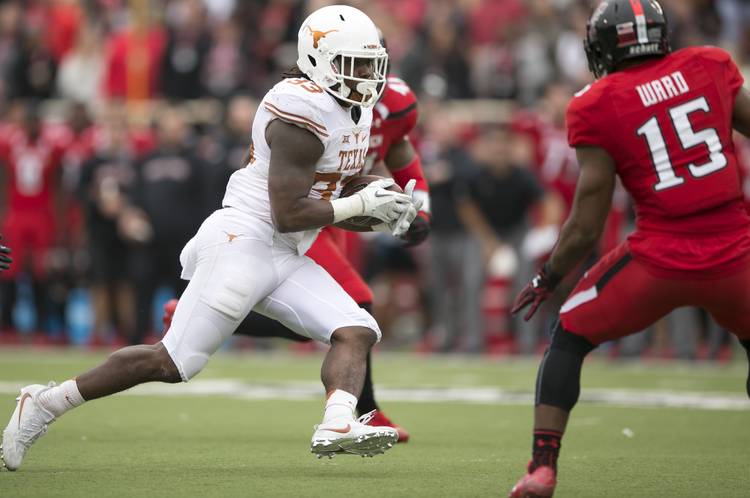 Texas running back D’Onta Foreman is making history in Lubbock.

After breaking off a 38-yard touchdown run in the third quarter, Foreman became the first Longhorns running back to rush for more than 200 yards in back-to-back games since 2000.

The score stretched the Longhorns’ lead to 38-31 with 6:15 left in the third quarter, which means Foreman still had more than 20 minutes of game time to tack on more yardage.

Foreman could start for several teams that are playing tomorrow. #NFLready #HookEm

Foreman is at 230 yards rushing. He is the first Longhorn since 2000 (Hodges Mitchell) with back-to-back 200 yard games and just 4th ever.