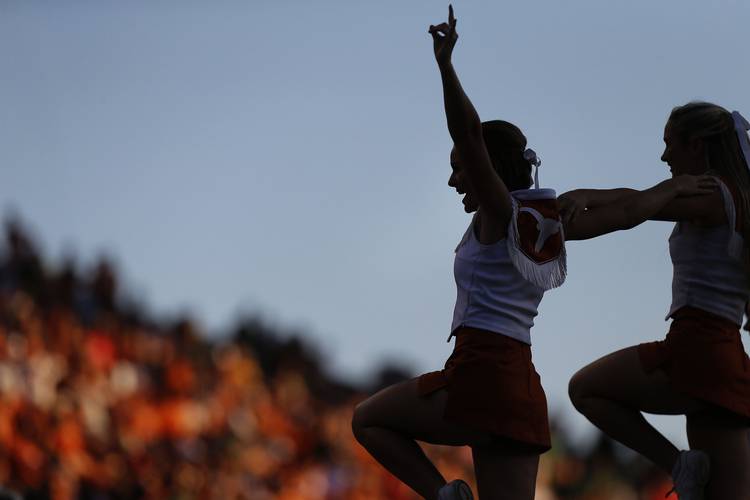 The Big 12 said on Monday that Texas and Kansas will kickoff at either 11 a.m. or 2:30 p.m. when the two teams meet in Lawrence on Nov. 19. The official starting time will be revealed at some point this weekend.

Next Saturday's game (Nov. 19) at Kansas will kickoff at either 11 a.m. or 2:30 p.m. Final selection will be announced Sunday. #HookEm

The Big 12’s announcement leaves Texas without a primetime game for the rest of the regular season. The Longhorns will host West Virginia at 11 a.m. on Saturday. Longhorn fans can then take leftovers to their tailgates on Nov. 25 for a post-Thanksgiving clash with TCU that kicks off at 2:30 p.m.

Speaking of Saturday’s game against West Virginia, a Texas spokesperson said that 3,500 tickets are still available. Texas is 4-0 at Royal-Memorial Stadium this season, and the team has averaged 97,463 fans.

A Texas spokesperson reports that there are 3,500 tickets remaining for Saturday's showdown with West Virginia. #HookEm

Charlie Strong: Defending the 18-Wheeler, Swoopes and Gilbert’s use of Foreman