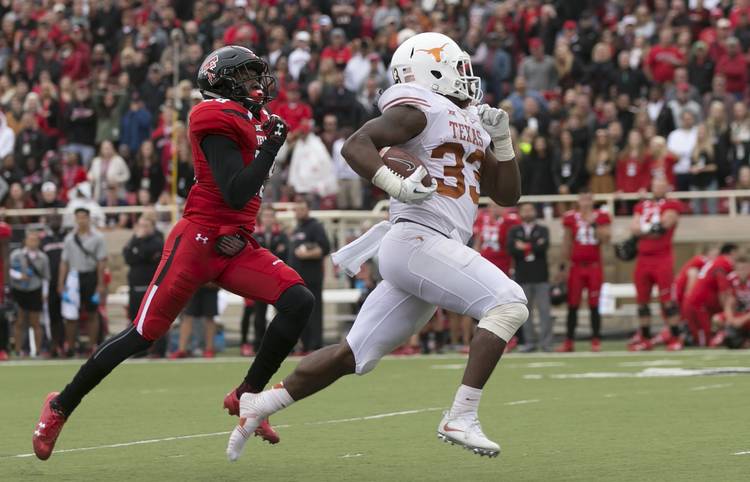 The election is still about a month away, but Texas running back D’Onta Foreman is surging in the Heisman primaries after his jaw-dropping 341-yard performance Saturday at Texas Tech.

Now the nation’s leader in rushing yards per game (180.8), Foreman is finally starting to get some widespread attention from the national media.

A week after leaving Foreman out of the voting entirely, a panel of ESPN experts now has the junior from Texas City seventh in its weekly “Heisman Watch” poll.

Foreman is the second running back listed underneath San Diego State senior Donnel Pumphrey, who leads the nation in rushing yards with 1,581 through nine games. Foreman picked up one fourth-place vote and four fifth-place tallies, which still leaves a wide margin between him and consensus Heisman favorite Lamar Jackson.

As for the Doak Walker Award — given to the nation’s top running back — there’s a case to be made that Foreman, not Pumphrey, should be the front-runner.

Pumphrey remains on a torrid pace that could see him break former Wisconsin running back Ron Dayne’s all-time career rushing record. He’s rightly among the first names to pop up in Heisman and Doak Walker conversations. But Foreman is averaging more yards — he’s only played eight games — against better competition. Pumphrey’s Aztecs have yet to play an FBS team with a winning record.

Bowl projections: Which SEC teams could Texas face in December?