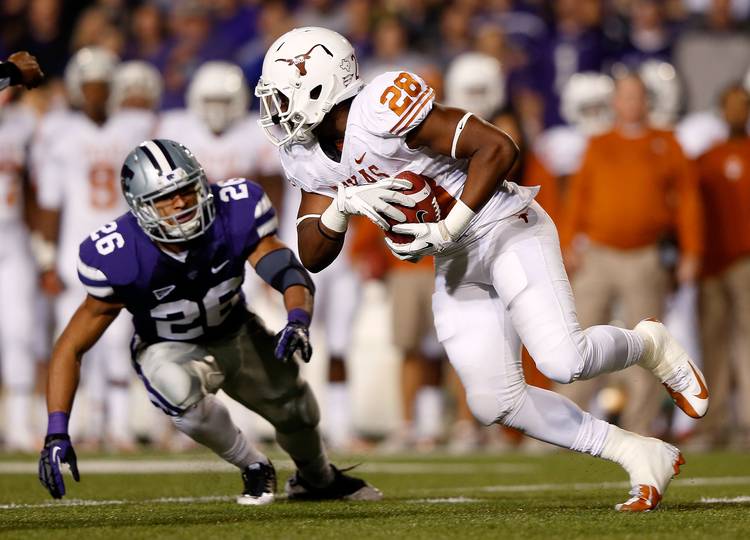 Texas’ 45-37 win over Texas Tech on Saturday had ramifications in the Los Angeles Rams locker room.

Former college rivals Malcolm Brown and Bradley Marquez decided to have a little fun with their schools playing each other. Since Texas won, Marquez — a former Red Raiders wide receiver — had to wear burnt orange around the practice facility.

Brown — the former Longhorns running back — tweeted out a photo of his teammate sporting a zip-up sweatshirt and beanie Tuesday afternoon.

Both players’ last college season was in 2014, which means Brown was an unbeaten 4-0 against Marquez. He just can’t win.

Bowl projections: Which SEC teams could Texas face in December?