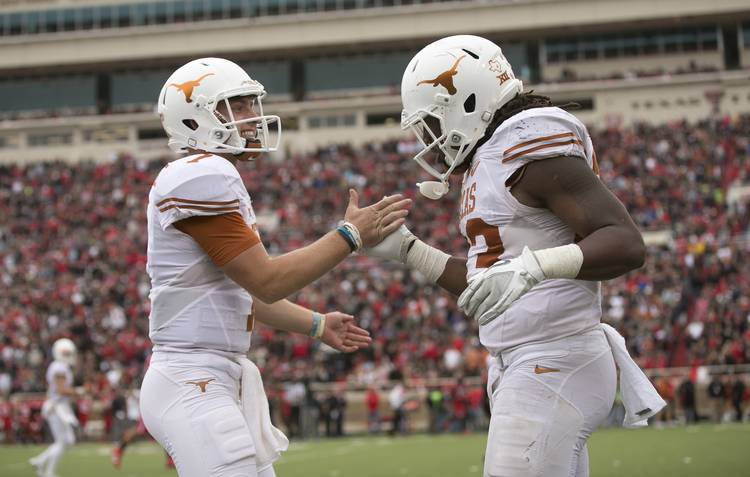 Texas is now one win away from bowl eligibility after Saturday’s 45-37 victory over Texas Tech, which means it’s time to start dreaming about a post-Christmas vacation.

With the current state of the bowl system, the possibilities are almost endless. So where do the experts have the Longhorns ending up? Houston, Memphis and Tempe, Arizona, are currently the picks made by Fox Sports, Sports Illustrated and CBS Sports, respectively.

Fox’s Stewart Mandel made Texas fans happy by including running back D’Onta Foreman in his Heisman top five earlier this week, and he’s sure to catch their attention again with his bowl projection.

While a trip to Houston may not sound exotic, Mandel has an extremely enticing Texas Bowl matchup for the Longhorns. A game against LSU could provide a true test of how far Texas has come in 2016, and a running back showdown between Foreman and Tigers star Leonard Fournette — a possible college football finale for both — would be must-watch TV for college football fans. The game is slated for Dec. 28 at NRG Stadium.

Sticking with the SEC theme, how does Texas versus Georgia sound? It hasn’t happened since the 1983 Cotton Bowl, but SI.com’s Colin Becht says it’s a possibility. This one is projected for the Liberty Bowl, which is Dec. 30 in Memphis, Tennessee. The two storied programs have only met four times, and Texas is 3-1. This season the Bulldogs are 5-4.

The last one is a relative outlier. Jerry Palm from CBS stuck a prick in Texas fans’ optimism by coming up with an extremely ‘meh’ Cactus Bowl against Utah State from the Mountain West. The Aggies — ah, this is making sense now — currently sit 3-6 with remaining contests against New Mexico, Nevada and BYU. The Cactus Bowl is Dec. 27 at Sun Devil Stadium.