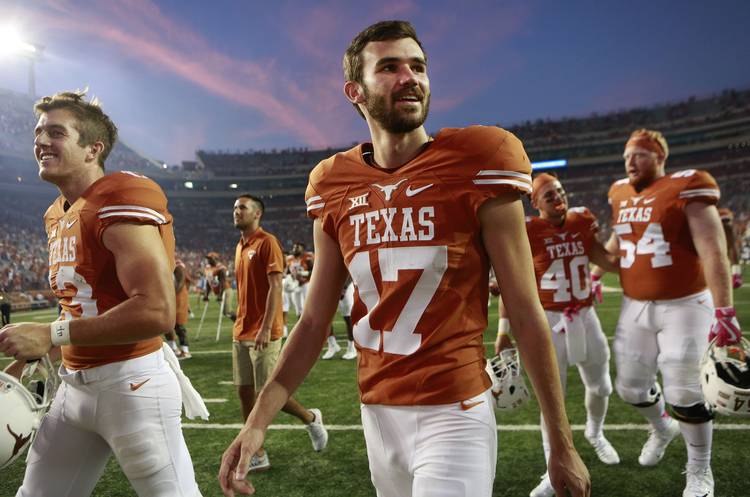 Trent Domingue’s journey to Texas has been well-documented, but even if you’ve already heard it this piece by Longhorn Network is worth the time.

RELATED COVERAGE: Texas needed a kicker, Trent Domingue needed a team, and a match was made

Despite being a semifinalist for the Lou Groza Award — given to college football’s best kicker — LSU decided not to renew his scholarship in mid-July. At the same time, Longhorns coach Charlie Strong was trying to figure out what do do about the lack of a reliable kicker on his own roster.

In stepped Emily Chastain, Domingue’s fiancé, who found Strong’s comments about needing a kicker on the internet and sent the link to Domingue.

The rest, as they say, is history. What makes this update so worthwhile is the buildup to what you already know is coming — Domingue’s emotional game-winning kick which helped Texas beat No. 8-ranked Baylor on Oct. 29.