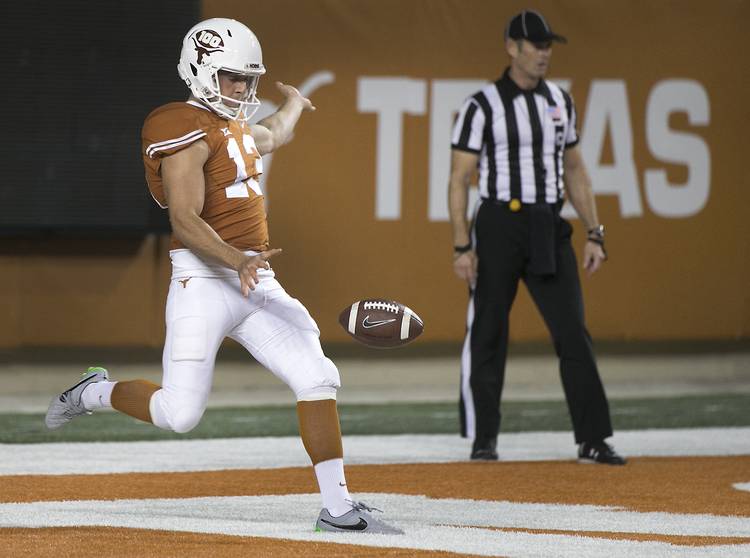 Texas punter Michael Dickson has been named a semifinalist for the 2016 Ray Guy Award.

The Augusta Sports Council annually gives the Ray Guy Award to the best punter in college football. Dickson is joined by Oklahoma State’s Zach Sinor and Utah’s Mitch Wishnowsky among the 10 semifinalists.

Dickson is tallying 48.2 yards per punt during his sophomore season, and opponents have averaged just 7.8 yards over the 13 punts they’ve been able to return. Nineteen of the Australian’s 45 punts inside of the opponent’s 20, and only eight have resulted in touchbacks.

Dickson trails only Wishnowsky (48.8 yards per punt) among the nation’s punters. He is also closing in on Texas’ school record for punting average, which Russell Erxleben set in 1976 when he averaged 46.6 yards.

The three finalists for the 2016 Ray Guy Award will be revealed on Nov. 22, and the nation’s premier punter is set to be crowned on Dec. 8. No Longhorn has ever been a finalist for this award, which made its debut in 2000.