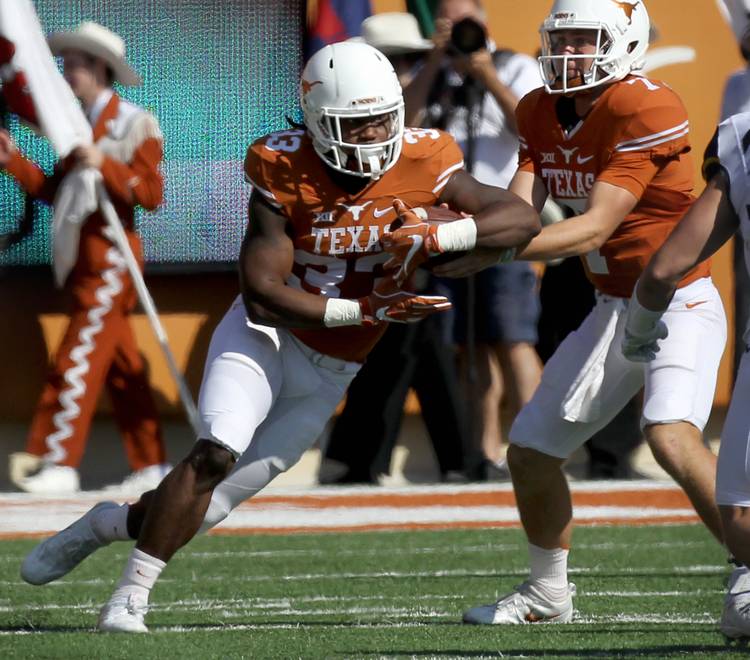 D’Onta Foreman didn’t even need the second half to make history Saturday against West Virginia.

Foreman finished the first half with 20 carries for 114 yards. Texas trailed the Mountaineers 17-13 at the break.

Golden: Texas down at the half but in good position to get this win