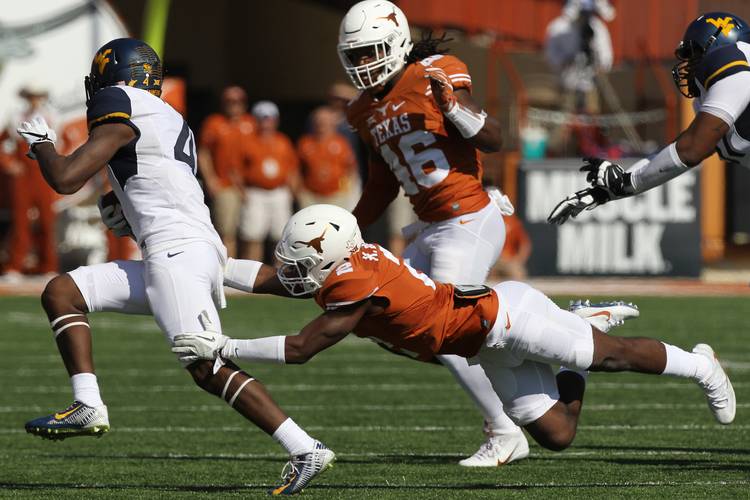 Texas defensive back Kris Boyd makes a tackle on running back Kennedy McKoy of West Virginia in the first quarter at Royal-Memorial Stadium, Saturday, Nov. 12, 2016. (Stephen Spillman / for American-Statesman)

There were some dramatic moments at the end of Saturday’s game between Texas and West Virginia.

After Shane Buechele’s heave to the end zone as time expired fell incomplete, the referees took the play to review. They were making sure the Mountaineers hadn’t used an extra defender on the play.

Fox Sports 1 showed a graphic indicating that there were 12 players on the field. The graphic was also shown on the Royal-Memorial Stadium scoreboard, causing some uproar from fans who were led to believe the Longhorns deserved another play.

But take a closer look at that graphic.

No controversy, just a graphics person who probably got the Dana Holgorsen treatment in the truck from his/her producer. West Virginia won 24-20.