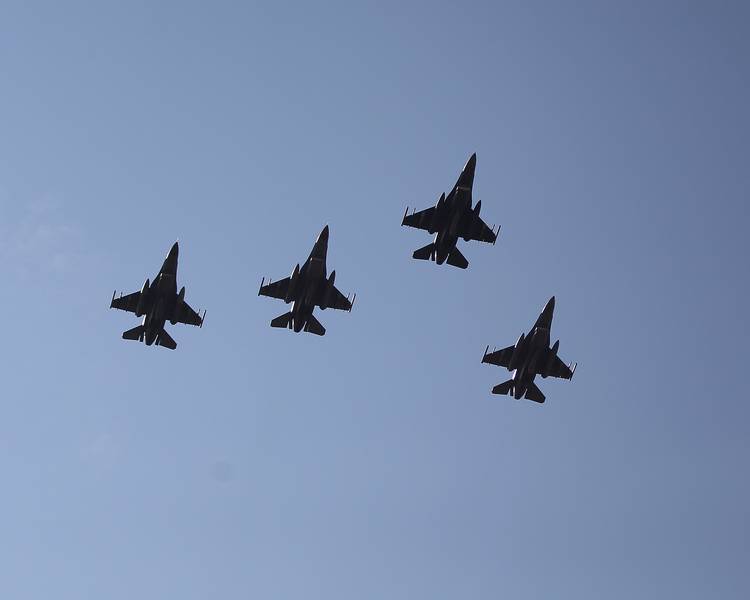 Fly over during the National Anthem at the UT vs West Virginia football game at Darriell K. Royal -Texas Memorial Stadium on Saturday, November 12, 2016. Jamie Harms / for American Statesman

Playing at home the day after Veterans Day, the University of Texas took the opportunity to thank veterans and active duty service members before and during the Longhorns’ game against West Virginia at Royal-Memorial Stadium.

Texas Chancellor William H. McRaven was among those honored. McRaven is a former United States Navy admiral who led a force of more than 69,000 men and women in efforts against terrorism. Next month, he will be honored by the National Football Foundation with the organization’s 2016 Distinguished American Award.

Additionally, there was a flyover pregame and members of the U.S. Army Golden Knights Parachute Team dropped into the stadium before kickoff.

Special thanks to the @USArmy Golden Knights Parachute Team and our Veterans Committee! 🇺🇸 pic.twitter.com/uK0Iwl8eyn

A veteran was awarded a mortgage-free home during his break. Lots of applause from the crowd.