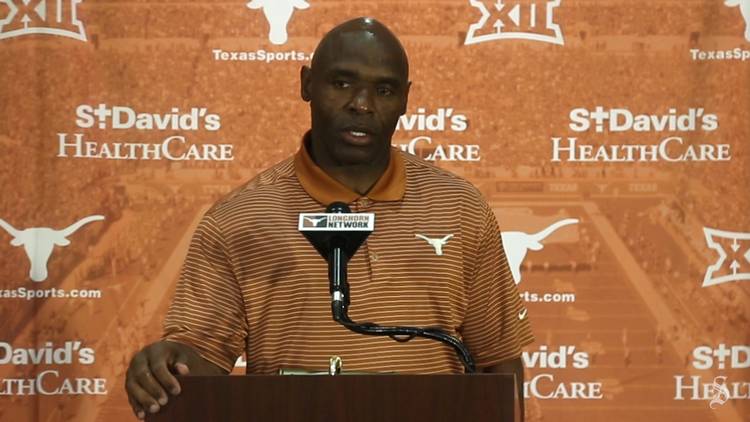 Charlie Strong wanted to talk about football on Monday, not politics.

At his weekly meeting with the media, the Texas football coach passed on a question about last week’s presidential election. Strong’s press conference was held three days after UT men’s basketball coach Shaka Smart created headlines when he referred to Donald Trump’s win as “a slap in the face.”

A quick check of Twitter accounts shows that political opinions vary among the Longhorn football players. On Monday, Strong was asked about how his staff has handled a topic as divisive as the election in the locker room. Strong declined to answer.

“I don’t want to talk about that now,” Strong said. “But we’ll talk about it at some other time.”