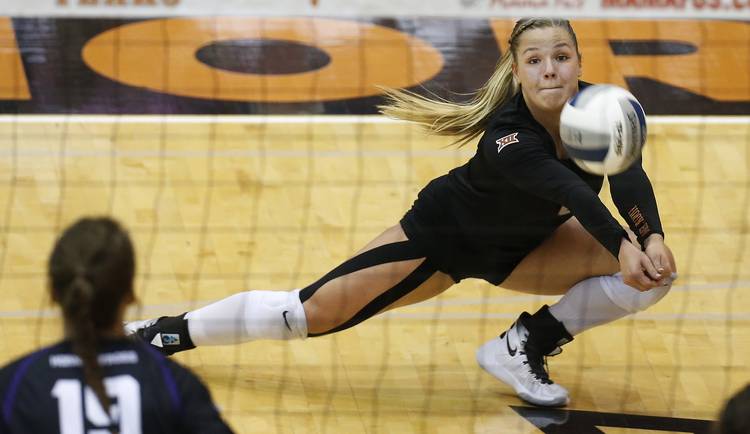 The Big 12 announced on Monday that Texas junior libero Cat McCoy had been named the conference’s defensive player of the week. Texas freshman Micaya White is a six-time freshman of the week and junior Ebony Nwanebu was once named the Big 12’s top offensive talent, so this is the Longhorns’ first defensive honor this season.

McCoy had 29 digs in Texas’ five-set loss to Iowa State this past Saturday, and she led Texas with her 13 digs in a sweep of Baylor on Nov. 9. McCoy is currently ranked fifth in the Big 12 in digs (3.91 per set).

The loss to Iowa State dropped Texas a game behind Kansas in the Big 12 standings, although the Longhorns have three home game remaining on a regular-season schedule that wraps up next week. Texas (19-4) was ranked seventh in this week’s AVCA poll.

At The Buzzer: Texas 80, Louisiana-Monroe 59