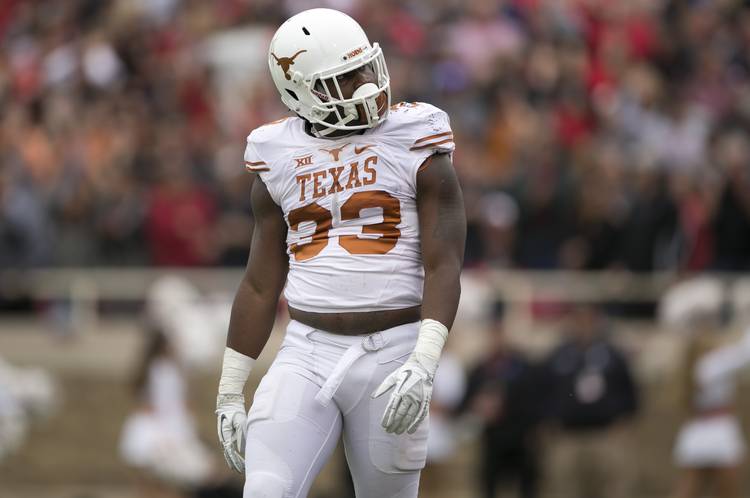 D’Onta Foreman is closing in on a Heisman invitation, according to one college football writer, and all that remains are games against the porous Kansas defense and TCU.

The junior running back is No. 2 on a recent list of Heisman hopefuls produced by Fox Sports’ Bruce Feldman. Here’s what Feldman had to say:

The Horns’ big back couldn’t carry UT to a win against WVU, but he still battered a good Mountaineer D for 167 rushing yards and 32 more receiving yards.

On the season he’s averaging 182 rushing yards in his eight games against Power 5 opponents and 181 against ranked teams.

Foreman may have some work to do to climb above Feldman’s top choice, Louisville quarterback Lamar Jackson, who has rushed for 1,334 yards with 19 touchdowns as well as carrying a 27-to-6 touchdown-to-interception ratio.

That said, Foreman has come along way in the last few weeks, when ESPN failed to list him as one of the best 50 players in college football.

Charlie Strong: Focusing on Kansas and a bowl, not job security or elections