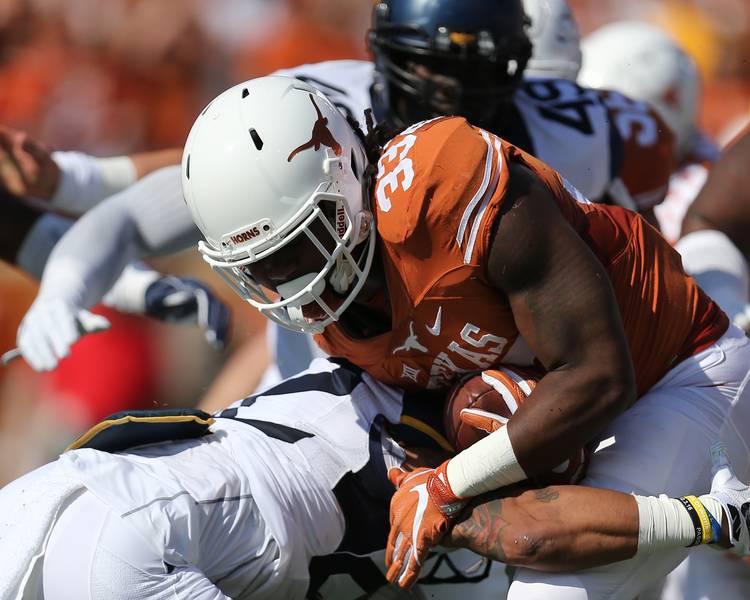 The Texas running back is leading everyone in the fan poll, including “consensus” Heisman leader Lamar Jackson. Believe it or not, that actually does mean something.

Since 1999, the Heisman Trophy has given one vote to the fans which counts toward the overall tabulation. This year, that vote is one of 929 — 870 media members and the 58 living Heisman Trophy winners account for the other 928.

As of Tuesday morning, Foreman had received 24 percent of the fan vote. Louisville quarterback Jackson was second with 16 percent. You can cast your vote by visiting the Nissan Heisman House website, which can be found by clicking here.

While it’s extremely unlikely the fan vote will change who wins the Heisman, it could ensure that Foreman gets at least one first-place vote. If you’ve been following college football this season, you’ll know Jackson has been dubbed the presumptive winner of  the award since September.

Since the winner is largely decided by media members and Jackson continues to shred opposing defenses, that is unlikely to change.

Few have given Foreman a shot, despite gaudy stats which have him leading the nation in rushing yards per game (179.2) and second in total rushing yards (1,613). Last week, he tied living legend Earl Campbell’s Texas record of 11 straight 100-yard rushing games.

Some in the national media have said Foreman deserves to go to New York as one of the finalists for the Heisman, while many others have him buried in their rankings.