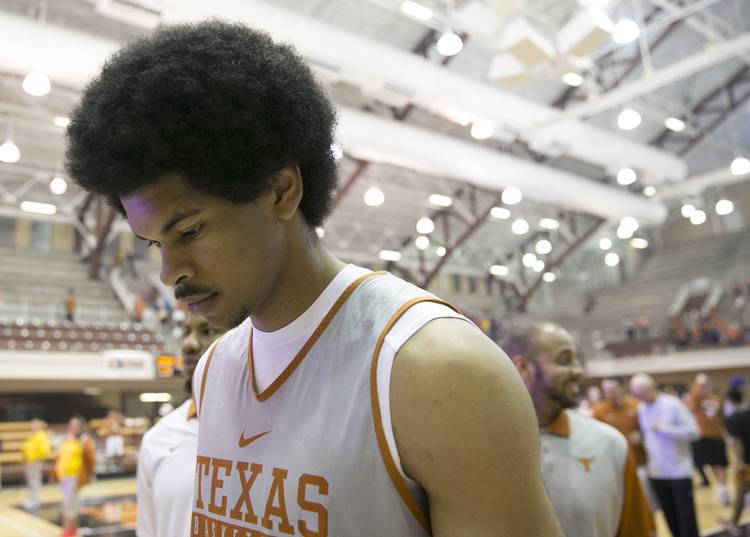 Texas freshman Jarrett Allen was named to the preseason Wooden Award watch list on Tuesday as one of the nation’s best individual players.

The award, chosen by national college basketball experts, will be announced on April 7, 2017.

In two games this season, the 6-foot-11 forward from Round Rock is averaging 12 points and 7.5 rebounds while shooting 68.8 percent from the floor.

Texas coach Shaka Smart said one of Allen’s best individual plays so far was diving for a critical loose ball in last Friday’s win over Incarnate Word. The Longhorns were able to call timeout and retain possession in a tight game.

“That was a competitor making that play,” Smart said. “People talk about guys being laid back or whatever the person, that doesn’t matter. Jarrett is a competitor.”

In Monday’s win over Louisiana-Monroe, Allen made a swift move down low and threw down a vicious one-handed dunk.

Allen has also been named to the Naismith Trophy preseason watch list and the Kareem Abdul-Jabbar Center of the Year Award watch list.

No. 23 Texas returns to action against Eastern Washington at 7 p.m. Thursday at the Erwin Center.