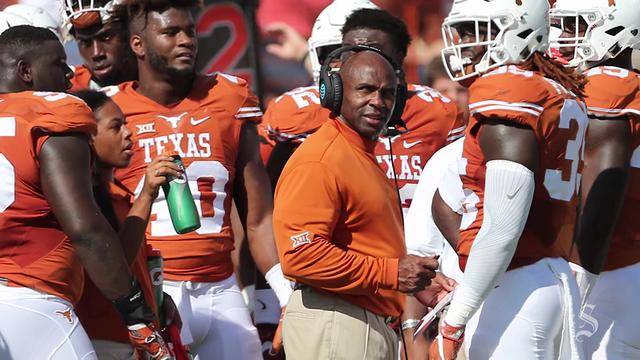 What do you know about Arizona, Texas fans?

If this week’s bowl projections are any indication, it might be time to start Googling the Grand Canyon State. Two out of three major media outlets are predicting a trip to the Cactus Bowl for the Longhorns, should they become bowl eligible over the next two weeks.

RELATED COVERAGE: Bohls: Kansas is a matchup that never matters — until it does

The matchups are even less enticing than the locale. CBS Sports’ Jerry Palm projects a showdown with Northern Illinois, while Sports Illustrated’s Collin Becht sees a meeting with Army on Dec. 27 at Sun Devil Stadium in Tempe.

Texas has only played in the state of Arizona twice, the last time being the 2009 Fiesta Bowl victory over Ohio State in Glendale. The Longhorns haven’t been to Tempe since 1997.

Fox Sports’ Stewart Mandel is a little more optimistic about the Longhorns in his projections. He thinks Texas fans will be flocking to Memphis for the Liberty Bowl, where they will watch a Big 12-SEC matchup against Georgia. The Liberty Bowl has been a popular pick for the Longhorns over the past few weeks, but it would likely require a fifth-place finish in the Big 12 standings.

As for the potential opponent, Georgia just clinched bowl eligibility with a victory over previously No. 9-ranked Auburn. Texas and Georgia haven’t met since the 1983 Cotton Bowl. The Liberty Bowl is slated for 11 a.m. on Dec. 30.

For now, the Longhorns need to concentrate on this week’s road trip to Kansas. If they can’t win there, they might not go bowling at all.