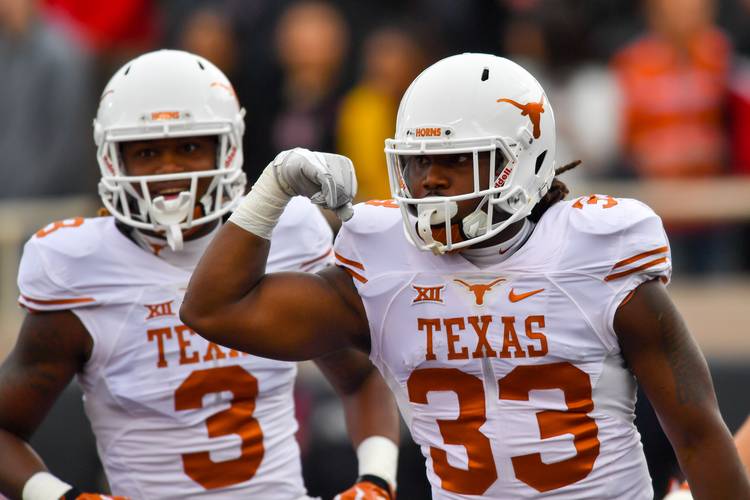 In the conversation about the nation’s top running back, Texas junior D’Onta Foreman has not been omitted.

Foreman has been named a semifinalist for the Doak Walker Award, which has been given to college football’s premier running back since 1990. Legendary Longhorn Ricky Williams won the award in 1997 and 1998.

This season, Foreman has rushed 241 times for 1,613 yards and 13 touchdowns. He trails only San Diego State’s Donnel Pumphrey in rushing, and his average of 179.2 yards per game tops his contemporaries from across the country. Foreman has rushed for 100 yards in 11 straight games, and a triple-digit performance against Kansas on Saturday would give him sole ownership of a school record he currently shares with Earl Campbell.

Foreman is also considered to be a candidate for the Heisman Trophy.

Foreman is one of 10 semifinalists for the Doak Walker Award. Also in contention are Penn State’s Saquon Barkley, Florida State’s Dalvin Cook, LSU’s Leonard Fournette, Wyoming’s Brian Hill, UTEP’s Aaron Jones, Stanford’s Christian McCaffrey, Boise State’s Jeremy McNichols, Auburn’s Kamryn Pettway and Pumphrey. Texas fans have gotten a look at two of the semifinalists as Jones ran for 123 yards and a touchdown in a 41-7 loss to Texas on Sept. 10. (Foreman was sidelined by an injury during that Longhorn-hosted game).

The three finalists for the Doak Walker Award will be revealed next week. The 2016 recipient of the award will be announced at the Home Depot College Football Awards on Dec. 8.