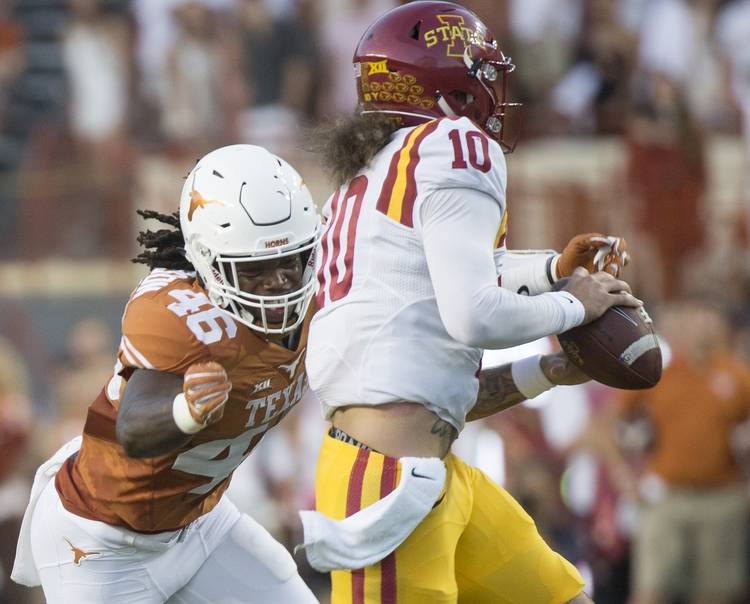 As it attempts to improve its record to 6-5, Texas will be missing three starters.

Texas has ruled sophomore linebacker Malik Jefferson out for today’s game at Kansas. Jefferson left last week’s 24-20 loss to West Virginia with a head injury, and he was evaluated for a concussion throughout the week. The Big 12’s preseason defensive player of the week, Jefferson ranks second among the Longhorns with his 60 tackles and 4.5 sacks.

Senior Tim Cole is listed as Jefferson’s back-up at the middle linebacker position on Texas’ depth chart. Patrick Vahe and Terrell Cuney are expected to fill in for McMillon and Shackelford.