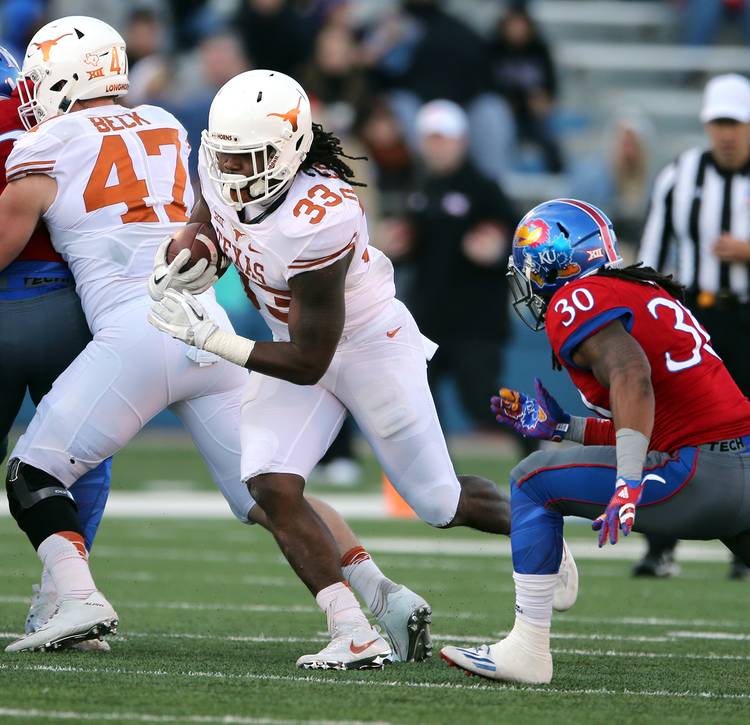 Texas's #33 D'Onte Foreman during the first half in Lawrence, Kansas on Saturday, November 19, 2016. DEBORAH CANNON / AMERICAN-STATESMAN

Texas didn’t waste time retaking the lead over Kansas after halftime, turning an interception into a touchdown by running back D’Onta Foreman.

Foreman ran around the right end of the Longhorns line for the 2-yard score, which came courtesy of an interception by Texas linebacker Edwin Freeman. Texas led 14-10 after the score, with 11:27 left in the third quarter.

Golden: Horns haven’t shown up in Lawrence, Strong under fire

Derrick Foreman, father of D’Onta and Armanti, calls out Texas coaches on Twitter