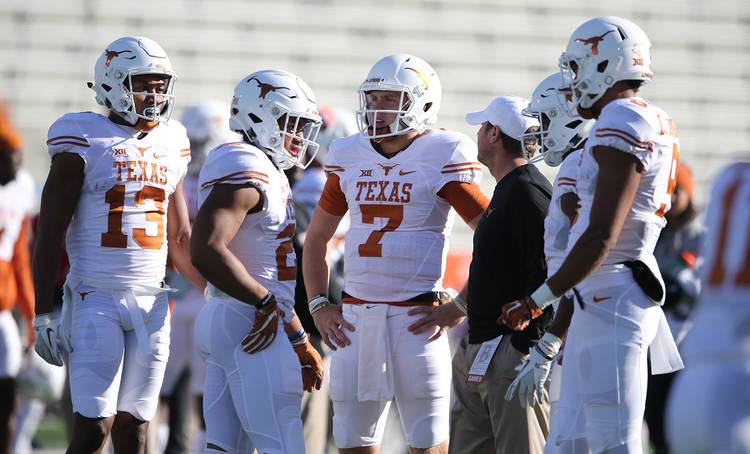 Texas got the ball first to start overtime against Kansas, and it did not go as planned.

Freshman quarterback Shane Buechele threw an interception on the second play of the drive, giving the ball back to Kansas. Mike Lee made the interception for the Jayhawks.

Kansas 24, Texas 21 final recap: A shocking, costly loss — on so many levels