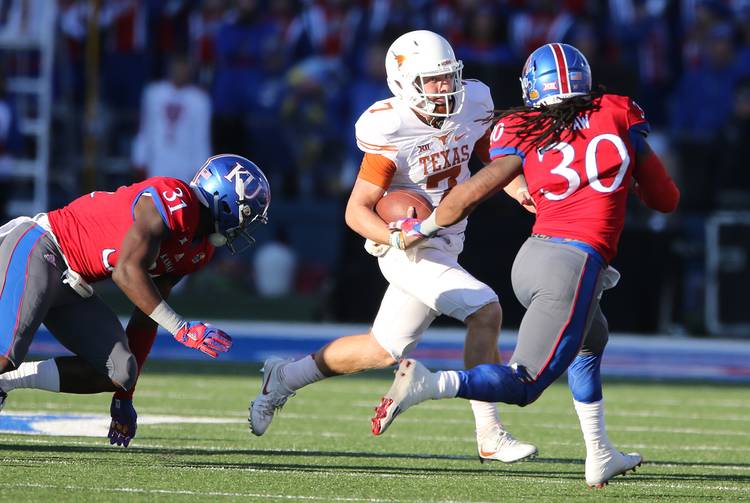 Texas's #7 Shane Buechele takes the ball down the field as Kansas's #30 Tevin Shaw puts on pressure during the second half in Lawrence, Kansas on Saturday, November 19, 2016. DEBORAH CANNON / AMERICAN-STATESMAN

Things went from bad to worse for Texas on the road in Lawrence, Kansas.

After Longhorns quarterback Shane Buechele returned to the game with a strained neck in the second quarter, he threw back-to-back interceptions. The second one cost Texas seven points and the lead.

Watch Kansas defensive back Brandon Stewart step in front of Buechele’s pass and return it 55 yards below.