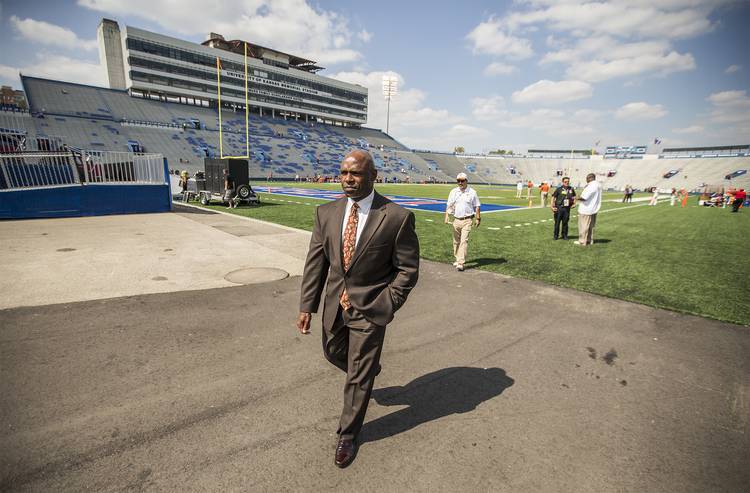 Texas Longhorns coach Charlie Strong makes his way off the field to the locker room to prepare to play against Kansas Jayhawks before kick off in the NCAA college football game at Memorial Stadium in Lawrence, Kan. Saturday, Sept. 27, 2014. (RICARDO B. BRAZZIELL / AMERICAN- STATESMAN)

When it comes to music, college football coaches are all over the place.

ESPN recently did a survey asking each of the 128 FBS coaches for their favorite musical artist. Unsurprisingly, many of them chose country acts. Others preferred classics from the 1980s and ’90s. Kenny Chesney, George Straight and the Eagles were the most popular choices.

But what about Texas coach Charlie Strong?

Ahead of Saturday’s game against Kansas in Lawrence, you might catch him rapping to “I’m On One.” That’s right, Strong is a DJ Khaled fan.

Here’s what other coaches around the Big 12 are listening to: