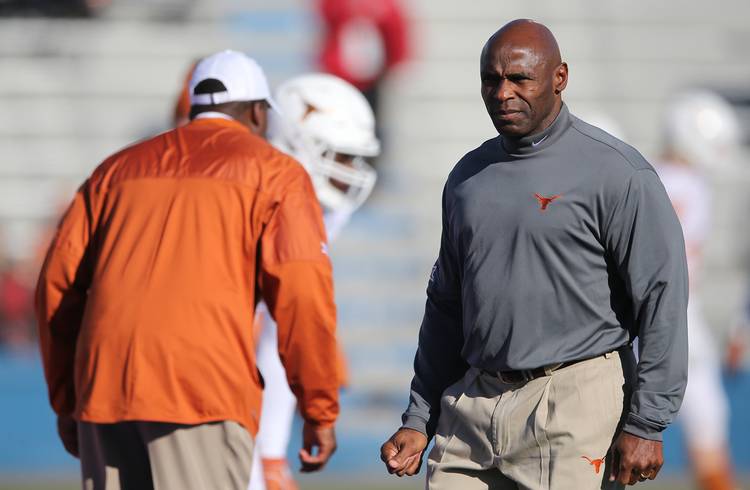 Texas's Kansas's during the first half in Lawrence, Kansas on Saturday, November 19, 2016. DEBORAH CANNON / AMERICAN-STATESMAN

Texas ends the season Friday against TCU, but for the last two seasons Hookem.com has chronicled every Texas game day since the Longhorns lost to Notre Dame in South Bend on Sept. 5, 2015.

Here’s a helpful list of every Texas football game from that point to help understand why Texas is reportedly prepared to make a change at head coach.