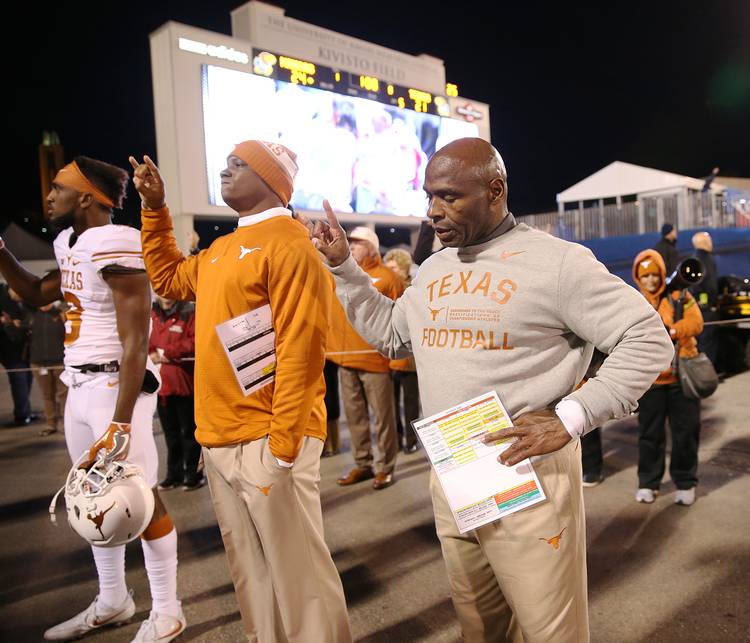 The news has hit social media:

@SportsSturm Good luck Chuck! You sir are a fine coach. And Austin does not deserve you.

@Andy_Staples @bevobeat best kept secret ever. Hope he goes within conference and beats them silly as a coordinator.

@LarryJohnsonUT he just got paid $10 million to get fired… where the hell do we find that gig? Good for him. Wow

My eyes are the source. You can't not make any progress then lose to a 1-9 Kansas team

Best of luck to @Strong_TexasFB
You're a great man. You inherited a mess but helped set us up for the future. #believe #LetsRide

I genuinely feel bad for Charlie Strong. He's a great guy and the players love him. He deserved better. Best of luck in the future.