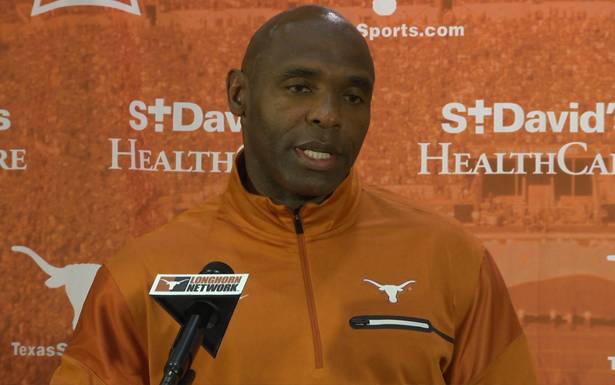 Amid speculation that he will be fired, Texas head coach Charlie Strong announced at a news conference on Monday, Nov. 21, 2016, that his position will be evaluated after the Longhorn’s last game of the season against TCU.

Finebaum: UT treatment of Strong is ‘shameful and disgraceful’