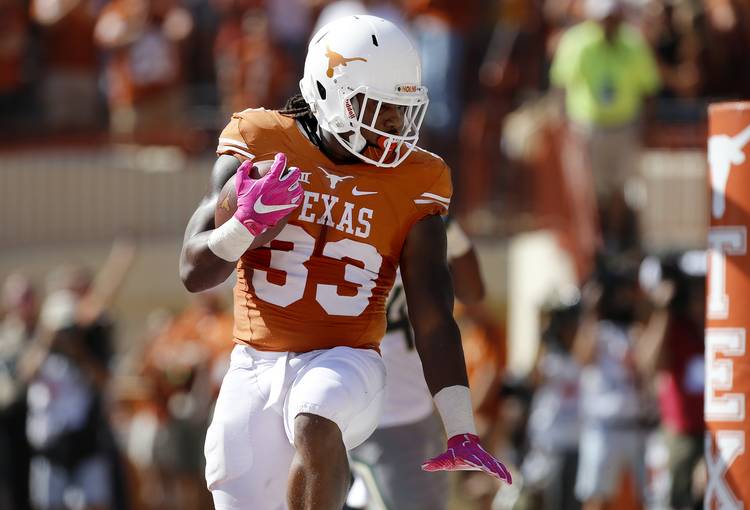 D’Onta Foreman is having a dream season for Texas.

Last Saturday, the nation’s leading rusher passed Longhorns greats Jamaal Charles, Earl Campbell and Cedric Benson on the school’s single-season rushing list. The only person to run for more yards in a season for Texas is Ricky Williams.

That’s some pretty good company, and in that spirit Longhorn Network brought the two together for an informal conversation. Walking the turf at Royal-Memorial Stadium, they spoke about what it’s like to be the featured back for a program that has produced so many greats at the position.

He’s been so impressive that Williams can’t even go to his weekly softball games without getting asked about the man chasing down his records.

If the conversation between Foreman and Williams seems a bit familiar, that’s because Williams did the exact same thing with Campbell 19 years ago. That interview aired during the broadcast of Texas’ game against UCLA in 1997.

Williams and Campbell still have something that Foreman does not — a Heisman Trophy. Foreman’s gaudy stats have put him in the conversation, but a sub-par record and Louisville quarterback Lamar Jackson will likely keep Foreman from claiming college football’s top individual honor.

But comparisons to Williams and Campbell are no small honor, and Foreman has earned them. He’s now rushed for at least 100 yards in 12-straight games — breaking Campbell’s record. Even if Friday marks his final game in burnt orange, he’ll be remembered alongside some of Texas’ greatest backs.

Bohls: If Strong is gone, Tom Herman a 60-40 favorite to replace him