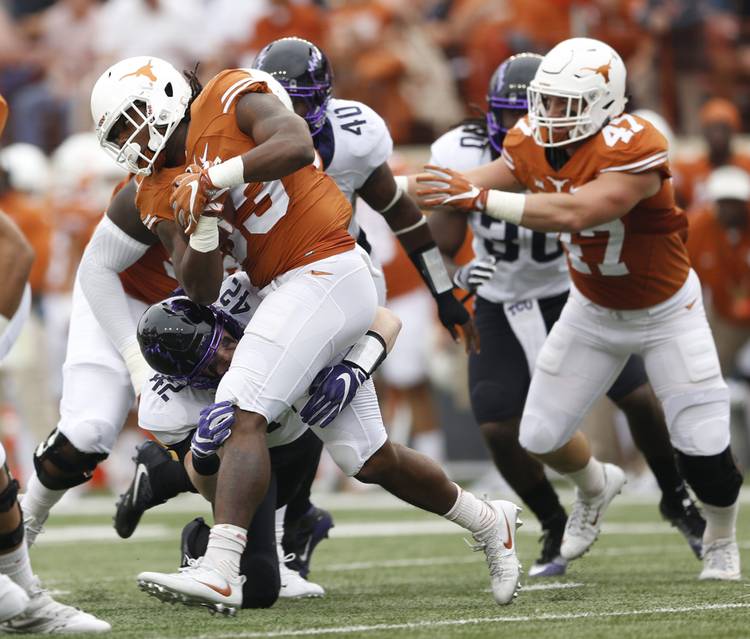 Texas came up short in its final game of the season, losing 31-9 to TCU on Friday at Royal-Memorial Stadium.

Emotions boiled over for star running back D’Onta Foreman, who was helped up off the ground by coach Charlie Strong and could be seen crying next to Strong and his wife Victoria following the loss.

The game was likely Strong’s last as the Texas coach, and it could be Foreman’s last in a Texas uniform should he choose to enter the NFL Draft.

On Friday, Foreman rushed for 165 yards on 31 carries. He finished the season with 2,028 rushing yards, becoming just the second Longhorns player to rush for more than 2,000 yards in a season and finishing 96 yards shy of tying Ricky Williams’ single-season record.

TCU 31, Texas 9 final recap: The season ends with a loss — and lots of questions