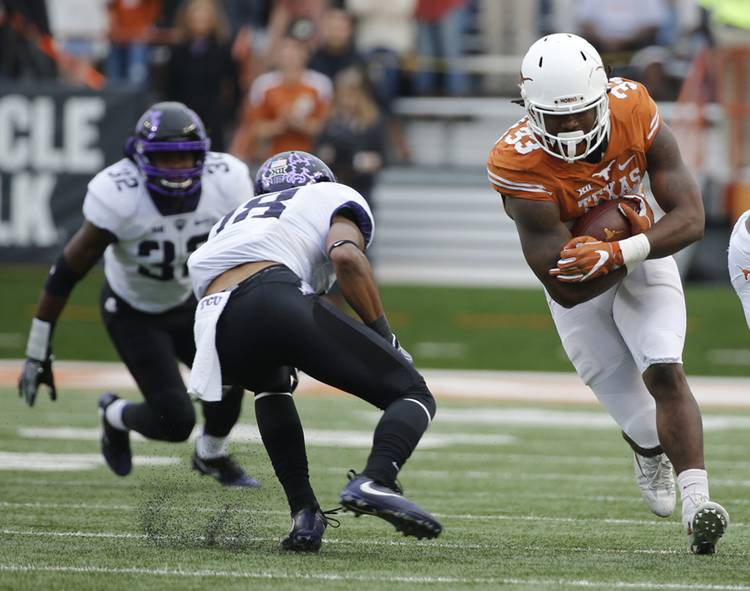 Texas #33 D'Onta Foreman takes the ball down the line in first half action against TCU at Royal-Memorial Stadium in Austin, Texas on Friday, November 25, 2016. James Gregg/AMERICAN-STATESMAN

Texas running back D’Onta Foreman joined an elite club Friday, going over the 2,000-rushing-yard mark during the third quarter against TCU.

Foreman had already passed Ricky Williams’ mark set in 1997 for second on the single-season rushing list, and trailed only Williams’ 1998 tally of 2,124 yards.

D'Onta Foreman sees himself on Godzillatron and he stands up to applaud. He blows a kiss, flashes the Hook 'em, gets hugged by Armanti.

Here's a look at D'Onta Foreman eating up yards this season pic.twitter.com/EZwOjsAzlY

Michael Dickson just punted a football 74 yards, and it wasn’t a touchback