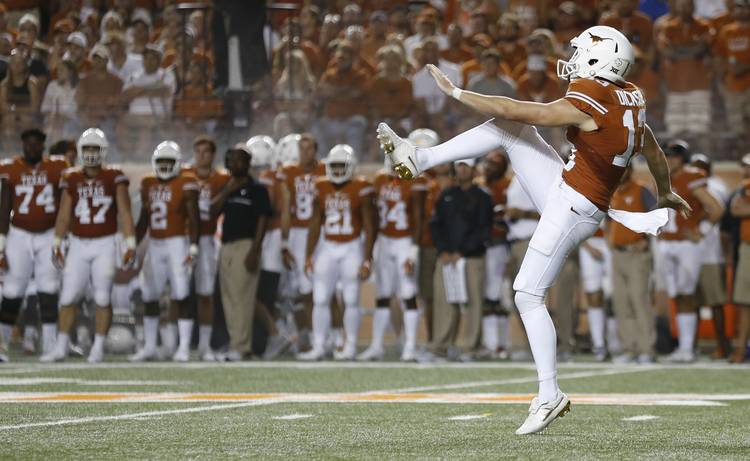 Michael Dickson made perhaps the best play of the game thus far for Texas, when punted the ball 74 yards and pinned TCU on its own 2-yard line.

The sophomore from Sydney, Australia, has been good all season — he’s a finalist for the Ray Guy Award — but he really outdid himself here.

Just look at this graphic of how far the ball traveled.

The Ray Guy Award finalist Michael Dickson flips the field with a 74-yard punt, tying for the sixth-longest punt in Texas history.