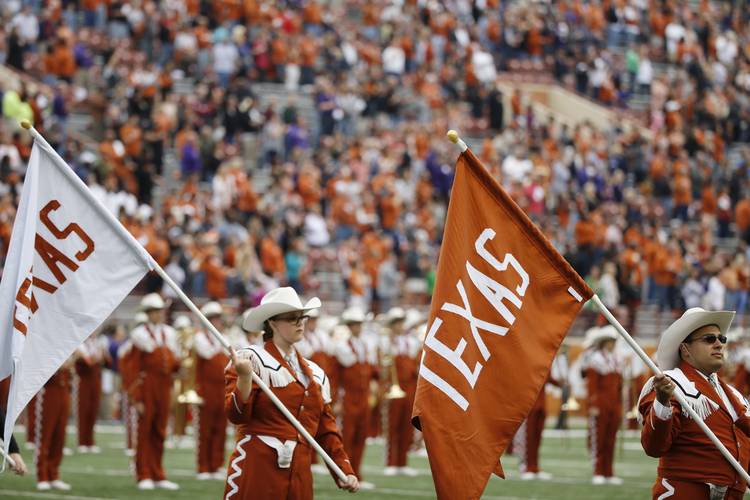 The colorguard takes the field before the Last game of the Longhorn season against TCU, November 25. 2016 at Rotyal Memorial Stadium. James Gregg/AMERICAN-STATESMAN

For the first time this season, a kicker other than senior Trent Domingue attempted a field goal for Texas.

Junior punter Mitchell Becker came on in the second quarter and made a 24-yard field goal, cutting the TCU lead to 7-6 with 2 minutes, 25 seconds left in the first half.

It was the first field goal kicker of Becker’s career. A native of League City, Texas, he is primarily a kickoff specialist for the Longhorns.

The field goal came after Texas was stuffed at the goal line for the second drive in a row. The first resulted in a turnover on downs.

Trent Domingue just got the hook on Senior Day. Mitchell Becker splits the uprights but they still should have gone for it.

So Charlie Strong doesn't go for it on 4th-and-goal but uses brand new kicker Mitchell Becker.

Mitchell Becker gets the call instead of Trent Domingue and his first career FG pulls Texas within 7-6. 24-yard kick for the junior. #HookEm

Domingue, a senior graduate transfer from LSU, made one field goal attempt and missed another in the first half. His make came from 21 yards, while the miss was from 38.

At the half: Listless TCU leads listless Texas, 7-6