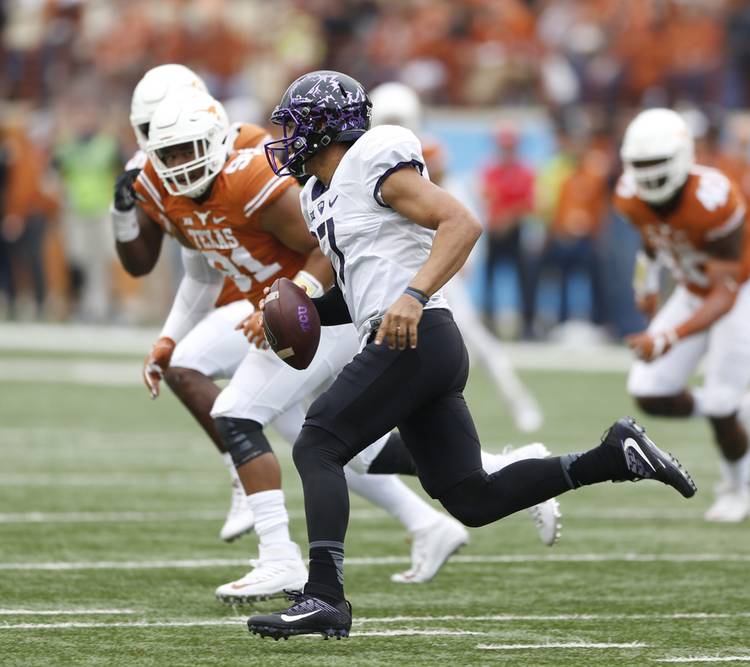 TCU QB #7 Kenny Hill carried th ball in the first half of their game against TCU at Royal-Memorial Stadium on Friday November 25, 2016. JAY JANNER / AMERICAN-STATESMAN

Hopes of a Texas comeback in the fourth quarter against TCU were all but erased with a long touchdown run by Horned Frogs running back Darius Anderson.

With less than 8 minutes left, Anderson raced around the left edge and outran everyone to the end zone to extend  TCU’s lead to 31-9.

Michael Dickson just punted a football 74 yards, and it wasn’t a touchback