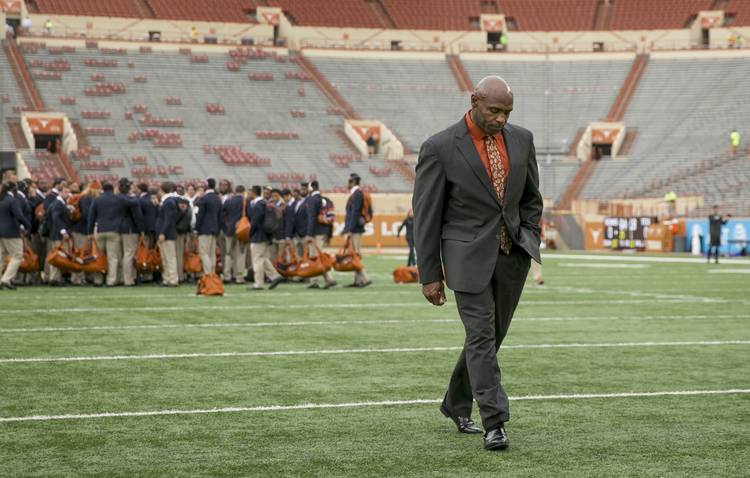 Here are tweets from the Longhorn staff on the firing of Charlie Strong:

Texas AD Mike Perrin in statement on Charlie Strong: "The results simply aren’t there, so we’ve decided to make a change."

Texas president Greg Fenves said "the results over three seasons were not there."

Strong: "There are very bright days ahead, and I’ll be pulling for these kids no matter where I am." #hookem

Charlie Strong is officially out after a 16-21 record at Texas, which has released a statement from Mike Perrin and Charlie Strong. #HookEm pic.twitter.com/xhxi1ZXd9g

Can you really give $6m a year to a guy who got blown out by SMU? Well, Charlie got $5.2 and lost at Kansas. So I guess so. #hookem

President Fenves said there were not enough wins. "It was not clear the future was going to be at the levels expected of Longhorn football."

Strong: "I do understand that it comes down to wins and losses, and we have not done our job in that area yet." #hookem