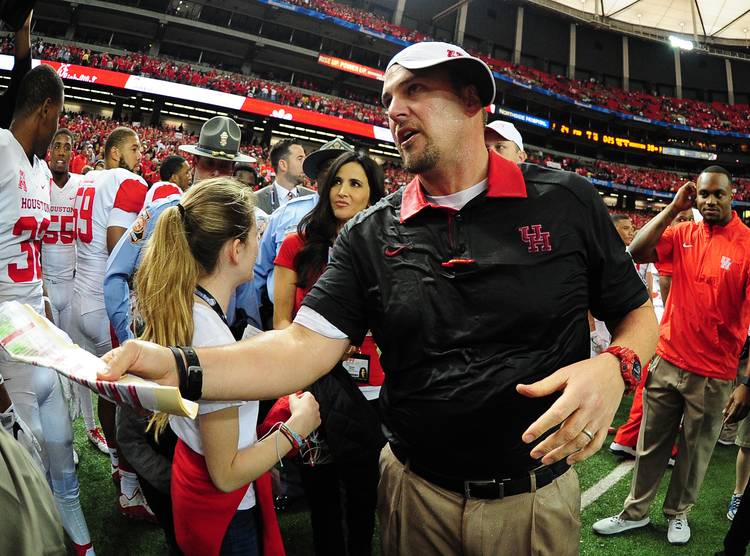 Head Coach Tom Herman of the Houston Cougars celebrates after the Chick-Fil-A Peach Bowl against the Florida State Seminoles at the Georgia Dome on December 31, 2015 in Atlanta, Georgia. Photo by Scott Cunningham/Getty Images)

Tom Herman was the offensive coordinator for the 2014 National Championship winning Ohio State Buckeyes. He was named the top assistant coach in the nation that season. The next year, while introducing finalists at the 2015 event he gave this speech: