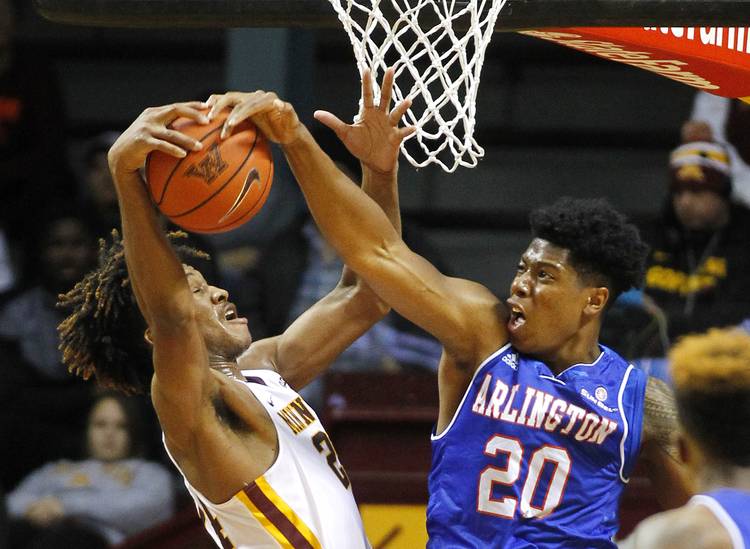 Series history: Texas leads the all-time series 11-0. The average margin of victory for the Longhorns has been 21.8 points.

About the Longhorns: After two losses in Brooklyn, the Longhorns fell out of the Associated Press Top 25 poll on Monday. Coach Shaka Smart wasn’t too fazed by it. “I’ve said all along if we can be better with each week, each month and grow, we can make strides,” he said. … Sophomore G Eric Davis Jr. may have been too frustrated in his slow start, Smart said, and that could be affecting his play. Davis is averaging 9.8 points so far but shooting just 31.5 percent. … Most Big 12 teams have a half-dozen games on their ledger, and no UT player ranks among the top 10 in league scoring. Jarrett Allen is tied for seventh with seven rebounds per game.

About the Mavericks: Coach Scott Cross’ veteran club is coming off a 67-63 road win at Fordham. Jalen Jones hit a crucial 3-pointer with 41 seconds left, and the Mavericks had their best shooting night of the season (56.4 percent). … Kevin Hervey was tabbed as a possible NBA prospect last season until he suffered a season-ending knee injury in January. Scoring wise, he’s been inconsistent this season while shooting 34 percent. … UTA will likely start the exact same lineup it used last season in an 80-73 overtime loss against Texas last season at the Erwin Center. Hervey scored 15 points and Drew Charles added 12 more. UTA was 5 for 29 from 3-point range.