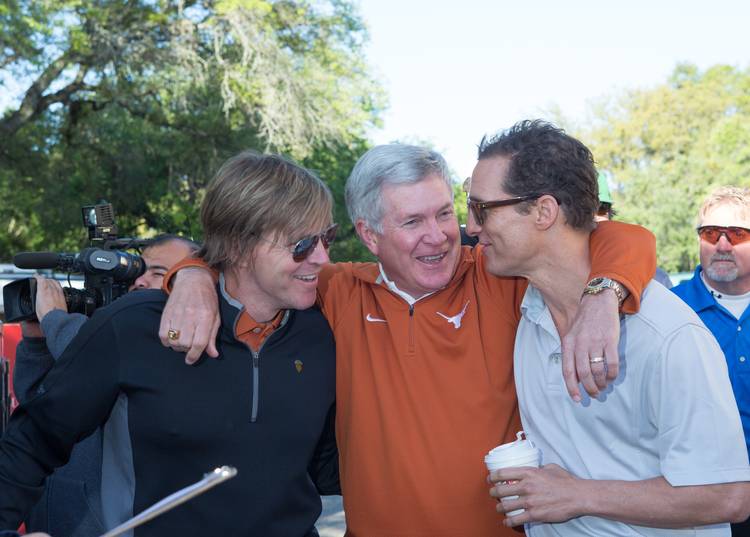 PLEASE USE AS LEDE Jack Ingram, Mack Brown and Matthew McConaughey on the links during Mack, Jack & McConaughey in 2013.

Tom Herman is the new coach of the Texas Longhorns. In his introductory press conference, Herman talked about how pressure and not being prepared are connected. It’s a good line for a new coach at a new school.

But how well did other first-year coaches handle the pressure at Texas in year one?

Here are the five best records from a coach in his first year at Texas:

Texas went 7-5 in McWilliams’ first season. That’s more wins than Darrell Royal’s 6-4-1 record in 1957 (more losses too). Things were a little bleak when McWilliams lost to No. 5 Auburn 31-3 in his first game at Texas then fell 22-17 to unranked BYU at home. His first win came against Oregon State 61-16 and, despite losing to Oklahoma and Texas A&M, McWilliams did beat No. 15-ranked Arkansas and won the Bluebonnet Bowl, 32-27, over Pittsburgh to wrap the season up. He went 5-2 in the Southwest Conference, finishing tied for second. 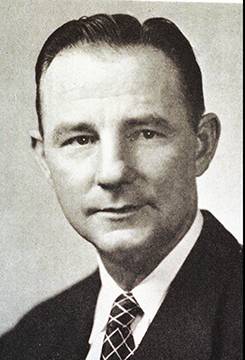 Texas went 7-3 in Price’s first year. The Longhorns went 3-3 in the SWC. How about this: Price’s first game at Texas was against a No. 6-ranked Kentucky team coached by some dude named Bear Bryant. Yes, that Bear Bryant. Texas beat Kentucky 7-6 at home. Price then beat No. 11-ranked Oklahoma 9-7 and No. 13-ranked TCU 32-21. The low points came in losses to Texas A&M and Baylor. This was back in an era where only a few teams made bowl games, so Texas did not head to a bowl.

Brown arrived at Texas following a successful run at his alma mater, North Carolina. He inherited a running back named Ricky Williams, an offensive lineman named Leonard Davis,  a defensive lineman named Casey Hampton and a defensive back named Quentin Jammer (seriously coach John Mackovic, you went 4-7 in 1997?). Brown used that talent and a freshman quarterback named Major Applewhite to go 9-3 in his first year. Williams won the Heisman Trophy after Brown was able to convince him to return to campus. He also became the all-time leading rusher in NCAA history. Texas beat Texas A&M, Oklahoma and Nebraska that season. Texas finished second in the Big 12 South at 6-2. Brown was 1-2 after three weeks, but finished 8-1 and wrapped it up with a 38-11 Cotton Bowl win. And oh yeah, Tom Herman was a graduate assistant if you haven’t seen the parade picture:

Taking over for Dana X. Bible, Cherry had one of the greatest quarterbacks in Texas history, Hall of Famer Bobby Layne, under center. Texas went 10-1, the lone loss coming to SMU 14-13, and beat Texas A&M 32-12, Oklahoma 34-14, Arkansas 21-6, Texas Tech 33-0 and Baylor 28-7. Texas pitched four shutouts that season. They finished the season with a dominating 27-7 win in the Sugar Bowl over No. 6 Alabama. The loss to SMU kept the Longhorns from winning the SWC and the Longhorns’ final AP ranking was No. 5

Following a Texas legend ain’t easy. Just ask Charlie Strong. And Akers replaced THE Texas legend in Darrell Royal. And he was doing it in a cloud of controversy since many Longhorn fans wanted Royal’s longtime assistant Mike Campbell to get the job. Akers had been an assistant at Texas, but had left to become the head coach of Wyoming, where he went 2-9 in year one and 8-4 in year two. That second season magic made him the 1970s version of Tom Herman, and Texas hired him as head coach. Like Brown, Akers inherited a soon to be Heisman Trophy winner (are you reading this 2,000-yard rusher D’Onta Foreman?) in Earl Campbell. Campbell rushed for 1,767 yards on 267 carries and scored 18 touchdowns. Texas went 8-0 in the SWC, beating Oklahoma, Arkansas, Texas Tech and crushed Texas A&M 57-28. The bowl game was not good, losing to No. 5 Notre Dame 38-10, but at 11-1 and a final ranking of No. 4, this is the greatest first year in Texas history by a new coach.

Unless you count 1893’s 4-0 team, which lists no coach… and was the first year of the program.