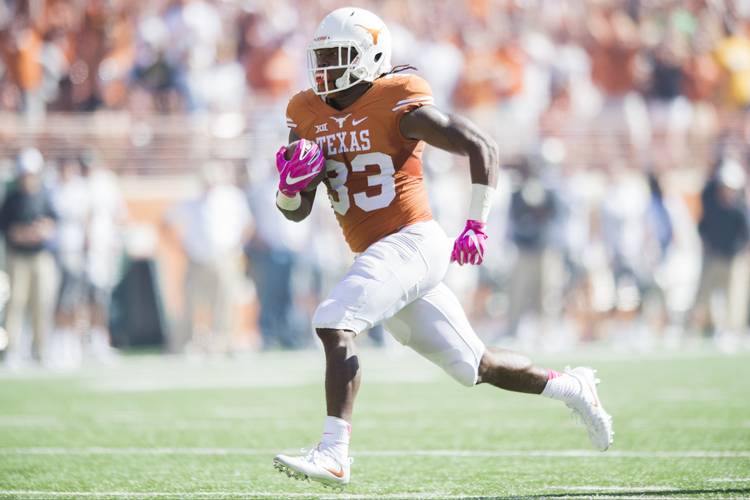 D'Onta Foreman (33) of the Texas Longhorns breaks free for a 37-yard touchdown run against the Baylor Bears during the first half on October 29, 2016 at Darrell K Royal-Texas Memorial Stadium in Austin, Texas. (Photo by Cooper Neill/Getty Images)

On Wednesday, Texas junior running back D’Onta Foreman announced his intention to forego his senior season and enter the 2017 NFL Draft.

Foreman finished his Longhorns career with 2,782 rushing yards and 20 touchdowns. In 2016, he had the second-most productive rushing season in school history with 2,028 yards on 323 carries.

Many wished Foreman well on social media. Here are some of those reactions, including those from his current and former teammates.

I literally have tears in my eyes right now!!! So proud of the MEN that both of my sons have become at this great university. It's🤘for LIFE!

It was a pleasure paving the way for you lil bro… let's get this money @D33_foreman… #HookEmForever pic.twitter.com/eGfgZTBKQu

Big ups to the big bro @D33_foreman on all he's accomplished this season and his decision to go pro!