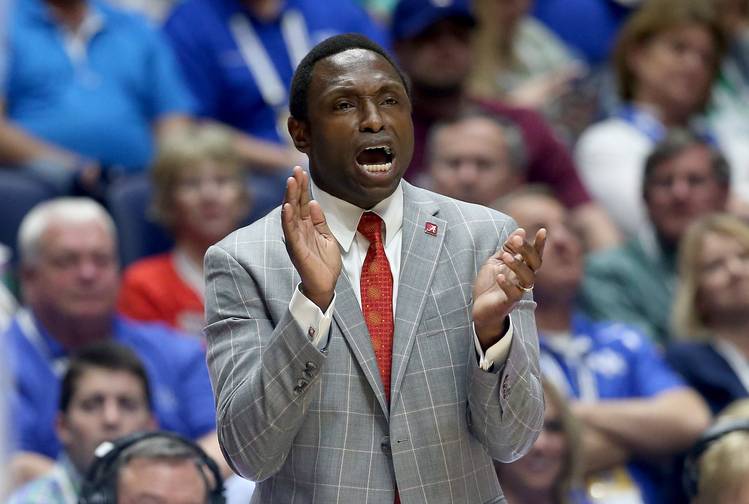 Avery Johnson the head coach of the Alabama Crimson Tide gives instructions to his team in the game against the Ole Miss Rebels during the second round of the SEC Basketball Tournament at Bridgestone Arena on March 10, 2016 in Nashville, Tennessee. (Photo by Andy Lyons/Getty Images)

Series history: Texas leads the all-time series 7-4, however not many fans remember those games. These two teams have not played since Dec. 4, 1971.

About the Longhorns: The calendar just flipped to December, but it’s never too early to start thinking about March. The Horns have lost three consecutive games against teams that will be in the NCAA Tournament hunt. This is the last high-profile home game of the non-conference schedule, too. Texas needs every win it can get this month. … G Tevin Mack has posted double-digit performances in four of the last five games . He’s also shooting almost 42 percent from 3-point range. … F Jarrett Allen had eight points and 11 rebounds in the first half against UT-Arlington but only five points and one board after the break.

About the Crimson Tide: The most impressive aspect about the Tide may be the coach on the sideline. Avery Johnson, a huge fan favorite during his NBA playing days with the Spurs, compiled a 254-186 record in six-plus seasons with the Mavericks and Nets. He joined Alabama on April 6, 2015. In his first season, the Tide was 18-15 and reached the NIT. … Alabama suffered a five-point loss to Dayton and an eight-point loss to Valparaiso this season. … Braxton Key and Dazon Ingram are the only two players averaging in double figures. The Tide’s defense has been inconsistent. Opponents are shooting better than 40 percent so far this season.