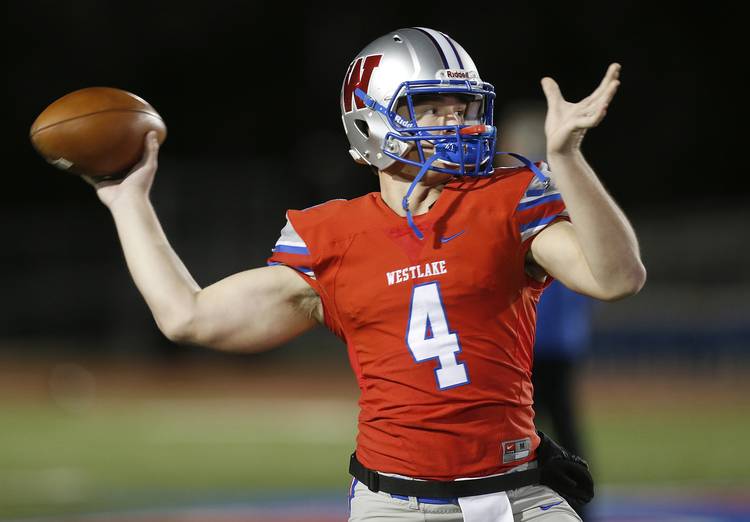 The Lake Travis-Westlake playoff football game on Friday lost some of its luster when Chaparral quarterback Sam Ehlinger announced he will not play.

The Chaparral senior said he suffered a broken right wrist during Saturday’s 55-15 victory over Laredo United. He said the wrist was “smushed” when it got caught between two helmets during a routine running play on the first series of the game.

At first Ehlinger thought he simply had a bruised wrist and he continued to practice this week to prepare for the showdown against Lake Travis Friday night at Kelly Reeves Stadium.

Ehlinger practiced again Wednesday and looked good throwing deep routes. But after complaining about pain and swelling, he had X-rays taken late Wednesday.

This marks the third major of the season for the University of Texas-bound quarterback. He had surgery for a torn meniscus after the opener against Katy. He broke his right thumb roughly a month later in a 49-7 loss to Lake Travis.