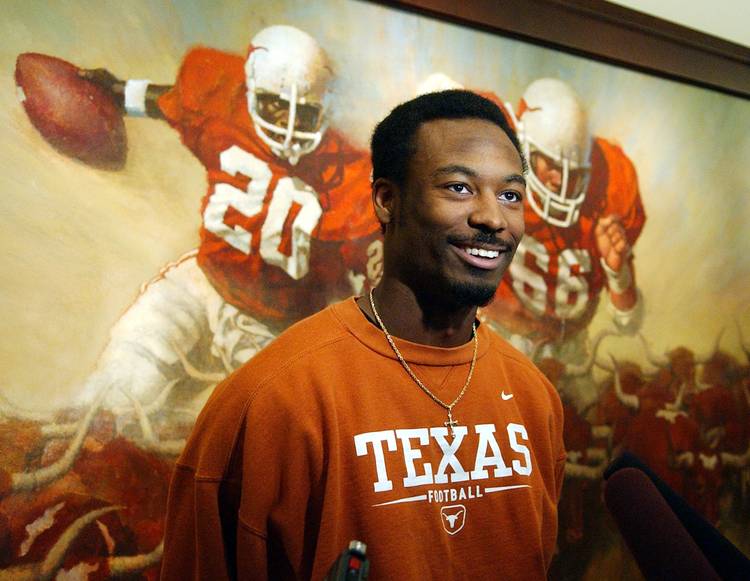 In 2005, Texas defensive back Michael Huff was a key figure in the Longhorns' run to the national title. Now, he's a member of Tom Herman's coaching staff. Kelly West/AMERICAN-STATESMAN

Texas coach Tom Herman seems intent on rebuilding DBU by using someone who knows the place inside out.

Former All-American safety Michael Huff has joined the UT coaching staff as a quality control assistant, according to the UT directory. He also updated his Twitter bio to read “Assistant DB coach at THE University of Texas.”

Generally speaking, former players and those just starting their coaching careers are named quality control assistants. They could have any type of role within the program. These type of assistants usually do not count toward the NCAA-mandated total of 10 coaches (one head coach, nine assistants).

Huff was a key figure in the 2005 national championship team, won the Jim Thorpe Award and was a consensus All-America pick that season. He was a first-round draft pick in 2006 and played seven season for the Oakland Raiders. He spent the 2013 season with Baltimore and Denver.

Huff has since returned to Austin and dabbled in some TV work for Longhorn Network. He was already hard at work with the new coaching staff. Huff was seen in a photo posted by Bellaire lineman Walker Little’s mother after an in-home visit on Wednesday night.

Breakfast with Bevo: Will a Texas player hear the words ‘And the winner is …’?