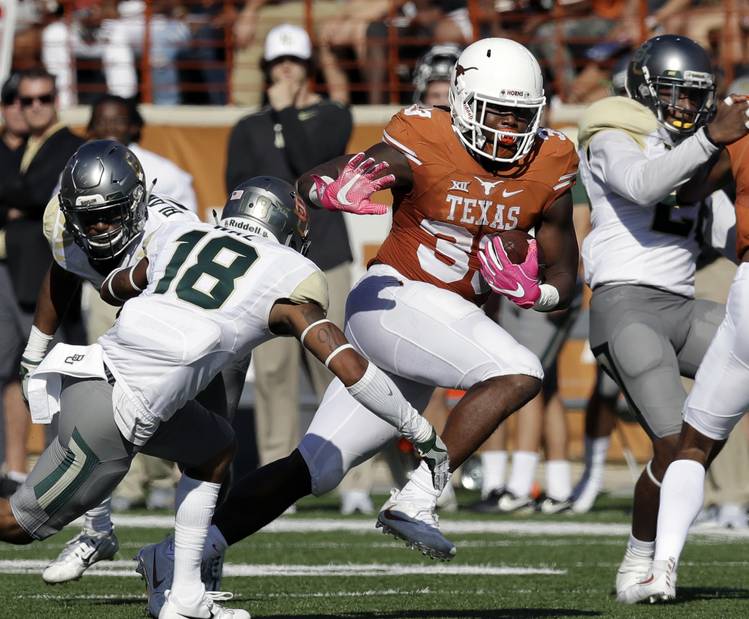 The Heisman Trophy ceremony takes place Saturday night in New York City, and —  in case you haven’t heard by now — Texas running back D’Onta Foreman will not be there.

Despite leading the nation with 2,028 rushing yards and winning the Doak Walker Award as the nation’s best running back, Foreman was not invited to the ceremony.

According to ESPN Stats & Info, it’s just the sixth time in the award’s history that no running backs have been invited, and prior to this season only four players in FBS history had rushed for more than 2,000 yards and not finished top five in the voting.

In the rich history of Texas football, only two Longhorns have won the prestigious award: Earl Campbell (1977) and Ricky Williams (1998). Many others have missed out.

Here’s five who could have — and maybe should have — won the Heisman.

We’ll start with the most obvious. Between his gaudy stats and leading Texas to the national championship, Young had all the credentials of a Heisman quarterback. Of course, the award is handed out prior to the bowl games, and USC was considered superior to the Longhorns all season long.

Trojans running back Reggie Bush* won the trophy in New York, but Young took the one that really mattered on Jan. 5 in Pasadena.

*Bush no longer has the trophy after he forfeited it in 2010.

McCoy had his best statistical season as a junior in 2008. If he had matched those numbers the following season, the trophy would have been his. Unfortunately for McCoy, Oklahoma quarterback Sam Bradford had an even better season in ’08, beat McCoy head-to-head and led his team to the national championship game.

In 2009 the award went to Alabama’s Mark Ingram. Like Young in 2005, McCoy had an opportunity to prove the voters wrong in the championship. Unfortunately he was injured on the Longhorns’ first drive and the Crimson Tide won 37-21.

It’s not just a recent phenomenon; the Heisman has always been biased toward offense. Perhaps the greatest defensive player in Longhorns history, Nobis was among those snubbed over the years. Nobis played both linebacker and offensive guard for the Longhorns, but he became a legend for his exploits on defense.

In his senior season of 1965, he won the Maxwell Award (college football’s other big national player of the year award) and the John Outland Trophy as the best interior offensive lineman in the nation.

Long before Vince and Colt, there was Bobby. Layne still sits 12th on the Longhorns all-time passing list, which is mind-boggling considering the era he played in. He finished his career with a then school-record 3,145 passing yards, and led the Longhorns to a 1948 Sugar Bowl win over No. 6 Alabama.

Worster, Eddie Phillips and Jim Bertelsen all rushed for more than 650 yards in Darrell Royal’s Wishbone offense on the way to the national championship, but Worster was the Heisman candidate. He finished fourth, receiving just 47 votes. Despite winning three titles in eight years, Texas never really came close to having a Heisman winner during Royal’s tenure.