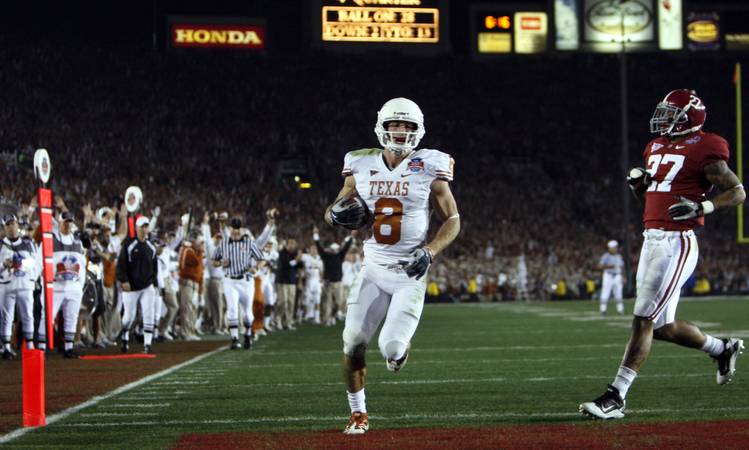 Texas receiver Jordan Shipley scores a touchdown to bring Texas with in 3 against Alabama during the Citi BCS National Championship game on Thursday in Pasadena, CA at the Rose Bowl Stadium January 7, 2010. Ricardo B. Brazziell/AMERICAN-STATESMAN

After the successful debut of his elk milk campaign back on April Fools’ Day, former Texas wide receiver Jordan Shipley is taking it to the next level.

It’s another hilarious performance from Shipley that even features a cameo from the jolly one himself. Well, sort of…

And in case you’re completely lost, here’s the original: