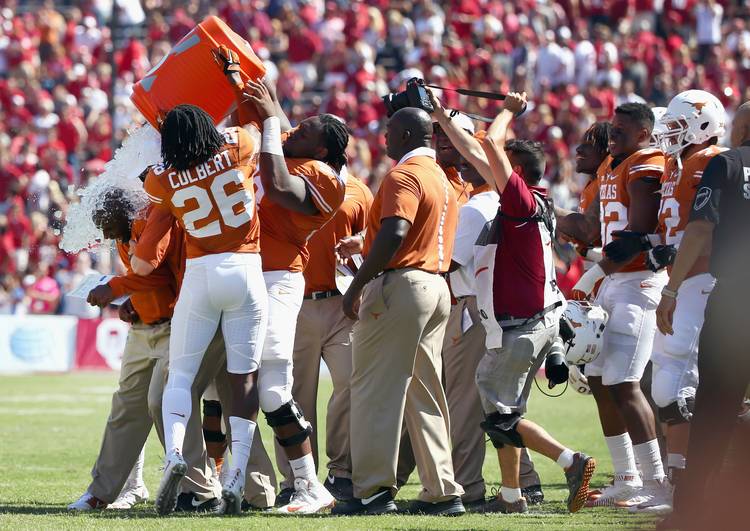 Texas coach Charlie Strong is soaked with the water cooler as the Longhorns beat the Oklahoma Sooners 24-17 during the 2015 AT&T Red River Showdown at the Cotton Bowl on October 10, 2015 in Dallas, Texas. (Photo by Tom Pennington/Getty Images)

It’s no surprise that bond remains even after Strong was fired and Tom Herman was hired as his replacement, and it’s also no surprise Texas players were glad to hear that Strong got another job.

After it was announced that Strong had accepted the head coaching position at South Florida, the Longhorns — current and former– took to Twitter to congratulate their former leader.

Here are some of their reactions:

Gonna miss you coach strong, can't wait to see what you do in the future! https://t.co/a226fKDLeH

Good luck to Coach Strong on his new journey!