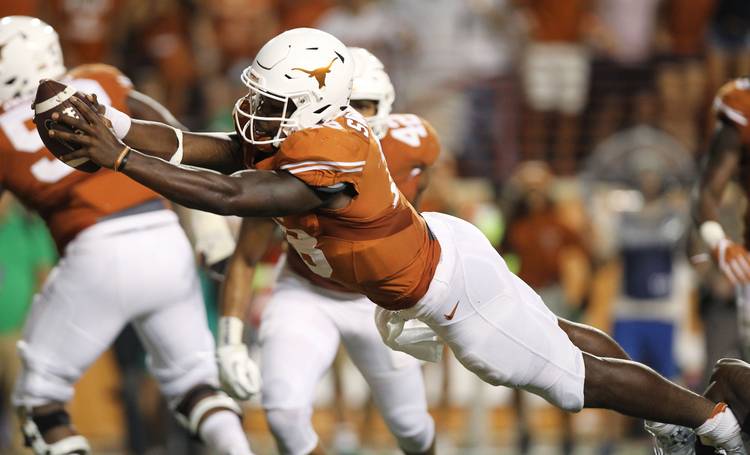 Flash back to the feeling of Sept. 4, when Texas beat Notre Dame 50-47 in double overtime and created a buzz that hadn’t surrounded the Longhorns in at least a half decade.

Now strip all those emotions away, and what you’re left with is still an incredible football game. So good, in fact, that Sports Illustrated included it near the top of their list of the 10 best college football games this season.

It came in at No. 4, behind the craziness of Tennessee’s last-second win over Georgia and ahead of Arkansas’ double-overtime thriller against TCU. Here’s what SI’s Colin Becht wrote about the Longhorns’ season-opening win.

Another matchup that seemed far more consequential at the time, it was still an incredible game, even if it wasn’t proof that Texas was back. The back-and-forth affair—Texas took a 28–14 lead only to fall into a 35–31 hole—went to overtime only because Notre Dame’s Shaun Crawford returned a blocked extra point with 3:29 remaining. Tyrone Swoopes’ game-winning touchdown run in the second overtime was the high point of the Longhorns’ season and the start of a very long campaign for the Fighting Irish.

Despite all of the losses that followed, that night will still always hold a special place in Texas fans’ hearts. From the arrival of Shane Buechele, to the record-setting crowd at Royal-Memorial Stadium, to Tyrone Swoopes’ game-winning dive, it provided a Texas-sized start to the college football season.