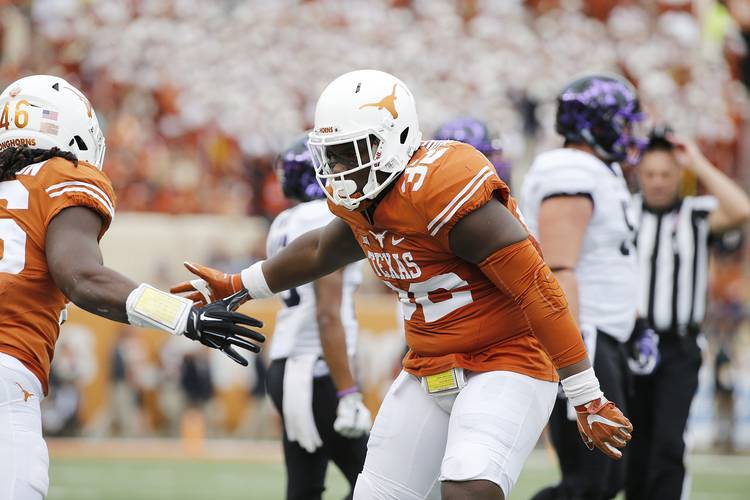 Texas #32 Malcolm Roach in the first half of their game against TCU at Royal-Memorial Stadium in Austin, Texas on Friday, November 25, 2016. James Gregg/AMERICAN-STATESMAN

Roach joins Ohio State’s Nick Bosa as the best “edge defenders” or as your father would call them: defensive ends. Here’s what the site says about Roach:

Texas adds running back Toneil Carter to its 2017 recruiting class